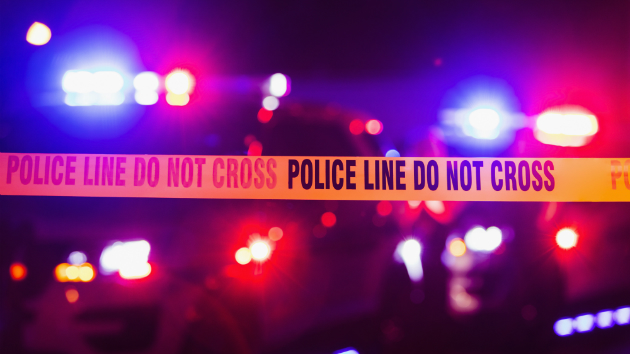 kali9/iStock(STATE COLLEGE, Pa.) — Two people are dead and two others were last reported in critical condition after a shooting near Penn State University.
The shooter killed a woman and injured two others at the P.J. Harrigan's restaurant inside the Ramada Hotel about two miles from campus before fleeing the scene, according to State College Police Chief John Gardner.
The suspect, later identified by the Centre County Coroner's Office as 21-year-old Jordan Witmer, crashed his car nearby and broke into a home, where he shot and killed a man as his wife locked herself in the bathroom and dialed 911, Gardner said.
Gardner said it took police just two minutes to arrive at the bar. Witmer had shot himself to death by the time police arrived at the home.
"We're still trying to piece together this tragedy and try to make sense of it. But the more I think about it, there's no sense to it," Gardner said at an overnight briefing.
The shooter's motive isn't clear at this time, police said.

The man killed at the restaurant has been identified as Dean Beachy, 62, and the man gunned down in his home was George McCormick, 82, according to the coroner's office.

"It's Happy Valley, we like to think these things can't happen here," Gardner said. "But one of the things it makes you realize is that it can happen here and it does happen here. I guess it's a sign of the times in the world we live in."
None of the victims' names have been released.