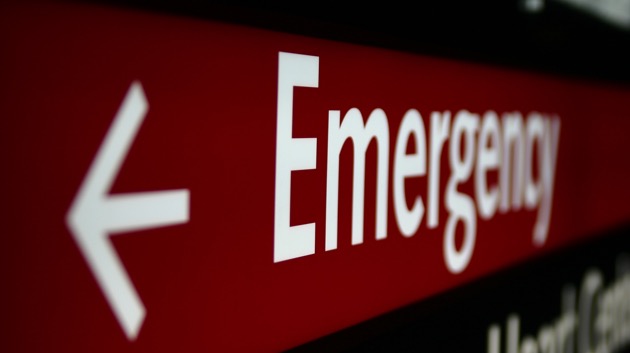 pablohart/iStock(LOS ANGELES) — One in three people involved in electric scooter accidents are so badly hurt they require treatment at an emergency room, according to a UCLA study released on Friday.
The most frequent injuries are head injuries (40 percent), fractures (32 percent) and cuts, sprains or bruises without a fracture (28 percent), according to the research. The study was published on Jan. 25 in JAMA Network Open and is the first published study on injuries caused by electric scooters, which can reach speeds of up to 35 miles per hour.
Doctors compared the new crop of rental e-scooters to Segways, motorized two-wheeled "transporters" that hit the market in 2001.
“We noted similar patterns of injury,” said Dr. Joann Elmore, professor of medicine at the Geffen School of Medicine, and one of the study’s authors. “But unlike Segway transporters, standing electric scooters will have a substantial impact on public health given their low cost, popularity and broad accessibility.”
Researchers analyzed visits for 249 people treated at the emergency departments of two Los Angeles County facilities, UCLA Medical Center, Santa Monica, and Ronald Reagan UCLA Medical Center between Sept. 1, 2017, and Aug. 31, 2018. The two ERs studied are not the only emergency rooms in the LA area.
As many as one-third of those evaluated had called an ambulance. Researchers did not include 74 ER visits "that were suspected to be scooter-related but lacked sufficient documentation," the press release said.
Fifteen people were hospitalized, and two required treatment in an intensive care unit (ICU), the study revealed.
Los Angeles-area emergency departments are at the epicenter of the electric scooter phenomenon, said Dr. Tarak Trivedi, the study’s lead author. Santa Monica, a city in the county of LA, was one of the first U.S. cities in which the dockless, rental scooters appeared, seemingly overnight. The scooters were distributed before any legislation that could regulate how people use them or companies could operate. Last September, Santa Monica awarded permits to Lyft and JUMP (which is owned by Uber) to legally operate in the seaside city. Lime and Bird protested and were eventually granted permits.
In November, Lime immediately globally recalled one of its models, after it concluded they could break apart while in use. Riders have flooded social media pages with photos and complaints of broken Lime scooters. At least two deaths have resulted from accidents with Lime scooters. The company is launching a pop-up store in Manhattan with a new model on Friday and Saturday as it pushes to move into New York City.
The most common scooter-related injuries were falls (74 percent), collisions with objects (10 percent), or being struck by another moving vehicle, such as a car, bicycle or other scooters (8 percent), according to the UCLA study.
About 92 percent, or 228 patients, were riders. Another 8 percent, or 21 people, were bystanders who were hit by a scooter or stumbled on one. E-scooters are dockless, and can be left anywhere, and are often found on sidewalks or walkways. Only about 4 percent of the riders were wearing helmets, despite the fact most companies rental agreements either require or recommend them, the study's authors said.
In addition to the ER records, researchers observed e-scooter riders at different LA intersections during one seven-hour period in September 2018 and observed 193 people. They said about 94 percent of the observed riders were not wearing helmets.
In January 2019, California law eliminated the helmet requirement for e-scooters, after intense lobbying from scooter companies.
The study was funded by the UCLA National Clinician Scholars Program and the VA's Office of Academic Affiliations through the VA/National Clinician Scholars Program. UCLA's Dr. Charles Liu, Anna Liza Antonio, Dr. Natasha Wheaton, Dr. Vanessa Kreger, Dr. Anna Yap and Dr. David Schriger co-authored the study.
Copyright © 2019, ABC Radio. All rights reserved.

Gyms with maskless users shown to be at high risk for COVID spread: Study
People with antibodies after COVID-19 may have short-term virus protection: Study
Ahmaud Arbery’s mother files federal lawsuit against 3 men accused of killing son
This is us 3: Mandy Moore welcomes 1st child with husband Taylor Goldsmith
Some Texans told they owe thousands in electric bills
Why 2021 is shaping up to be a pivotal year for electric vehicles