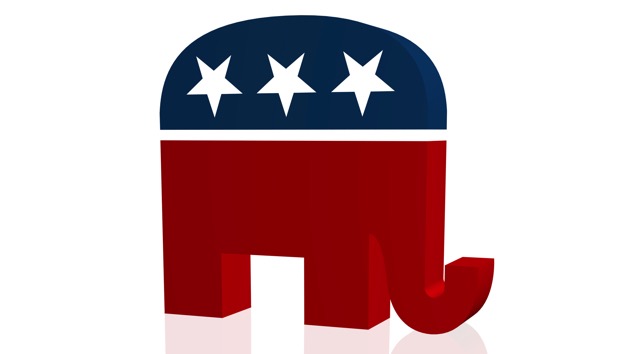 southsidecanuck/iStock(WASHINGTON) — Republican leaders held sensitive meetings to discuss differing strategies for the 2020 election, moving forward with a step to support President Donald Trump’s reelection campaign as some state GOP officials separately consider cancelling their party’s primaries and caucuses.
The 2020 election may be over 600 days away but amid fallout from the government shutdown and growing concerns over special counsel Robert Mueller’s probe into possible collusion between Russia and the Trump campaign during the 2016 presidential election, GOP leaders amplified their support for Trump at the Republican National Committee’s winter meeting in New Mexico this week.
The Republican National Committee is poised to pass an unprecedented pledge on Friday to give Trump their “undivided support” before he is the party’s official nominee.
“The members just wanted to underscore, underline, highlight that we are here to reelect President Trump and Republicans up and down the ballot,” the RNC’s national press secretary Cassie Smedile said.
The step could serve to discourage a potential GOP challenger from running against the president – which presents a stark contrast to the already crowded Democratic field.
“He is the most qualified candidate in either party to continue to serve the American people,” Smedile continued.
But the party stopped short of considering a resolution that would endorse the president as the Republican nominee in 2020.
GOP leaders did not consider a competing resolution endorsing Trump’s re-nomination and re-election. It was backed by RNC member Jevon Williams, who received a letter of gratitude from Trump for his support.
But his resolution died in committee and was never voted on.
The rules for the 2020 GOP primary and nomination process were finalized in 2016 and still allow for a Republican challenger to be considered for the nomination if they garner enough support from state parties.
However, state parties, who set their own rules for primaries and caucuses could change them to prevent a challenger. Kansas Republican leaders are among some states who are leaning towards canceling their caucuses or primaries.
“Historically the KSGOP has not held a caucus with an incumbent President and used other party election methods to select a delegate,” Kelly Arnold, Chairman for the Kansas Republican Party told ABC News.
The Kansas Republican Party will start the process this spring to determine how they will officially handle the delegate selection.
The RNC’s winter meeting served as a rallying ground for the president’s reelection campaign as the party looks to expand on the success of the 2016 election and grow from the 2018 midterms, where Democrats flipped key GOP seats to take control of the House.
“We’ve got our marching orders of how we’re going to corral our volunteers and our teams within the states to go out there and go above and beyond of what we did in 2016 and 2018,” Smedile said.
Still, some state leaders say more needs to be done. Former Republican Congressman Steve Pearce who was defeated in New Mexico’s governor’s race in November attributed the loss in part to growing “anti-Trump” sentiments in the state.
Now serving as New Mexico’s Chairman of the Republican Party, he’s calling on the Trump administration to show up in states where Republicans are the minority.
“Our job is to sell to the broader population and that’s the reason I would like support from the White House. Get people out here. Show what you’re doing, let them ask you questions,” he said.
Copyright © 2019, ABC Radio. All rights reserved.