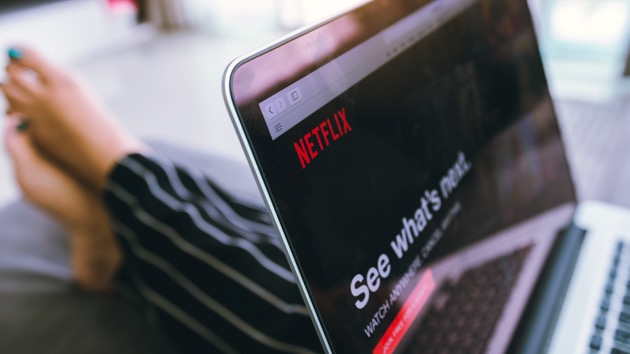 wutwhanfoto/iStock(NEW YORK) — Netflix's Sex Education has only been out for two weeks but it's already being praised by youth organizations who work to teach kids how to be responsible, empathetic adults.
The show, starring Gillian Anderson (Jean Milburn), Asa Butterfield (Otis Milburn), Emma Mackey (Maeve Wiley) and others, tackles tough topics that are central to teens' lives — homosexuality, body shaming and female solidarity — in very real, digestible scenarios.

A show with a feminist heart
Though it wasn't planned, the show is being lauded for its mostly female writing staff and for telling authentic stories from a young woman's perspective.
"The process of finding writers for season one was very organic. The writers whose comedic sensibility and worldview that fit most naturally with my pilot script, and who were open to exploring the truthful awkwardness of sex, turned out to be mostly women," show creator Laurie Nunn told GMA. "It’s a show with a very feminist heart and having a female-heavy writing team definitely helped bring certain issues to the forefront of the storytelling."
Nunn said the writing process for the first season was "pretty intense" but also "a lot of fun."
"Spending four weeks in a room full of funny people instead of alone at my laptop was such a joy," Nunn said. "There was a lot of laughter and a lot of embarrassing sex stories shared that will never be repeated."

It's how the conversation gets started
Melissa D'Andrea, programs director for Girls Inc. of New York City, a nonprofit in the United States and Canada that supports, mentors and empowers young women, told GMA that "Sex Education" is reaching teens in ways a classroom lesson never would.
"A lot of these kinds of shows … young people are seeing them first or experiencing them through some sort of social media, and that's kind of how the conversation gets started," D'Andrea said.
D'Andrea added that it's crucial for young women to see stories written and created by someone other than a "heterosexual, white male voice."

'A real moment of female solidarity'
A favorite episode and scene of Nunn's is when the entire student body stands up during an assembly and supports Ruby, who is being blackmailed. Someone in the school has released a naked picture of her and is planning to reveal her identity.
"The idea of the Spartacus moment came out of a brainstorming session in the writer’s room," Nunn explained. "It had been an emotionally heavy day, discussing the general shame that women are made to feel about our bodies, in particular, our genitals. It began as a joke to lighten the mood — the idea of all the female students standing up and saying, ‘It’s my vagina,’ just seemed so funny."
She went on, "But when I thought about Maeve standing up in defense of her arch nemesis, Ruby, and putting her beliefs before her pride, I knew that’s how the episode needed to end. It’s a real moment of female solidarity."

Handling abortion
Nunn said Maeve's decision to have an abortion was "handled in the most thoughtful way possible."
"Maeve’s unwanted pregnancy was always going to be part of her story. I wanted to explore the issue in a way that was entirely personal to her character," Nunn said. "This experience isn’t going to be the nicest one that Maeve goes through in her life, but it also won’t define her. I didn’t want the storyline to play out as an unexploded plot-bomb, as abortion often does when portrayed on screen."
The show creator said that Maeve makes her choice and then "does her best to get on with her life."
"What I like about the episode is it’s really about us getting to know Maeve better as a character. We chip away at her steely exterior and come to understand why she’s so alone in the world," Nunn continued.
Dr. Sara Flowers, vice president of education for Planned Parenthood Federation of America, told GMA that the show really illustrates the need for young people to have information and resources.
"Real, honest portrayals of young people’s lives include different gender identities and sexual orientations; masturbation and pleasure; decisions about a pregnancy, including deciding to have an abortion; birth control and having safer sex; and giving consent and receiving rejection," she said. "These are all normal parts of sexual and romantic development through the lifespan and should be integrated into what is portrayed on TV and in film. We have to replace misinformation and stigma with facts, and 'Sex Education’s' realistic and compassionate depiction of one young woman’s decision to have an abortion does this well."

Being a true ally
Otis' relationship with Maeve, his mother, Jean, and women, in general, shouldn't be overlooked, as the male lead is always trying to learn from women, grow as a young man and has the heart of a true ally.
Through movements like #MeToo and Times Up, the conversation has really changed and D'Andrea said the old excuse, "boys will be boys," isn't good enough anymore.
"Women shouldn't just expect to be harassed," she added. "It's really time to look at masculinity and toxic masculinity differently."
Nunn loves the relationship between Otis and Jean and while they are often hilarious, they also "really capture the warmth and love as well as the sometimes difficult intensity of the single parent/child relationship. We couldn’t be luckier with the casting!"
Flowers also agreed.
"As the primary sex educators of young people, when parents or caregivers talk with their teens about identity, relationships, and sex, they are better able to support the young people as they navigate the path to adulthood. 'Sex Education' provides many teachable moments for parents and teens to discuss the themes in the show, and build a stronger foundation of communication about sex and relationships," she said.
Copyright © 2019, ABC Radio. All rights reserved.

And Just Like That… Chris Noth hints Mr. Big could be heading to the ‘Sex and the City’ reboot
‘And Just Like That…’ Mr. Big will not appear in ‘Sex and the City’ reboot
Schools in PA ask to prioritize education staff for COVID-19 vaccine
QB Matthew Stafford pledges $1 million to build education center in Detroit
Golden Globes nominations announced: Netflix’s ‘Mank’, ‘The Crown’ top with six nominations apiece
Google pledges $150 million towards vaccine education and equitable distribution