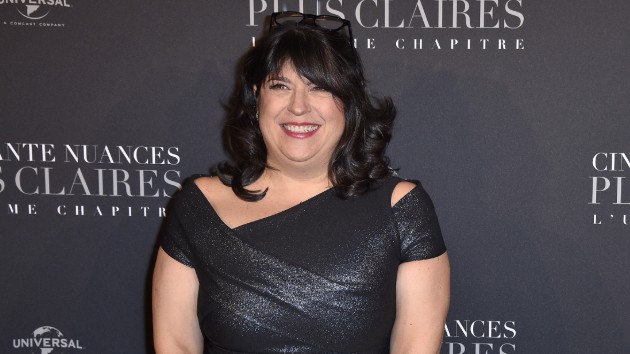 According to Vintage Books, James calls The Mister, "a Cinderella story for the 21st century."

Set in London, the novel centers on a privileged English aristocrat named Maxim Trevelyan, who falls under the spell of a mysterious young woman with a dangerous past. The publisher teases, "Reticent, beautiful, and musically gifted, she’s an alluring mystery, and Maxim’s longing for her deepens into a passion that he’s never experienced and dares not name."

In the release, James says, "Maxim and Alessia have led me on a fascinating journey and I hope that my readers will be swept away by their thrilling and sensual tale, just as I was while writing, and that, like me, they fall in love with them."

Zendaya corrects gendered question about her love life
“I didn’t have a problem with the way we were doing it” — ‘Simpsons’ creator Matt Groening responds to racial casting flap
Matt James breaks silence on ‘Bachelor’ controversy: “It has been devastating and heartbreaking”
Prince Harry, Duchess Meghan not returning as working members of royal family
Zooey Deschanel and Michael Bolton to co-host new ABC series ‘The Celebrity Dating Game’
Salma Hayek reflects on being overcome by terror when filming ‘Desperado’ love scene