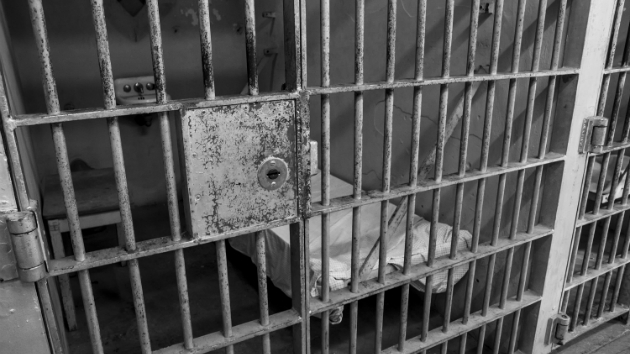 txking/iStock(SPRINGVILLE, Ala.) — Authorities are searching for a convicted sex trafficker who escaped from an Alabama prison this week.
Corey Davis, 30, fled from the St. Clair Correctional Facility in Springville, Alabama, on Wednesday, sparking a statewide search, according to the Alabama Department of Corrections.
Officers reported him missing from his cell after a security check around 8 p.m., the department said.
Davis was assigned to a work detail inside the prison, and other inmates and staff said they saw him earlier in the day. The department is investigating how he managed to break out.
"Agents from the ADOC Investigations and Intelligence Division are at the prison investigating the circumstances that led to the escape," the department said in a statement. "The details of how Davis escaped are pending."
Davis, sentenced to life in 2017 after he was convicted of human trafficking, is considered dangerous and should not be approached, according to the statement.
Officials with the U.S. Marshals Fugitive Task Force are aiding in the search.
"The public should not approach Davis but should contact their local law enforcement or the Alabama Department of Corrections at 1-800-831-8825 with information that could lead to his recapture," the statement said.
Copyright © 2019, ABC Radio. All rights reserved.

How life has changed 1 year into the COVID-19 pandemic: Masks, restrictions largely endure
When will life return to normal? Experts consider what summer, fall might look like
Lori Loughlin spotted in public for the first time since prison release
“You could save a life” – Dr. Oz urges people to learn CPR after saving a man at airport
Biden throws support behind unions amid Alabama Amazon workers’ landmark vote
Golden Globes 2021: ‘The Life Ahead’ takes home Golden Globe for Best Original Song