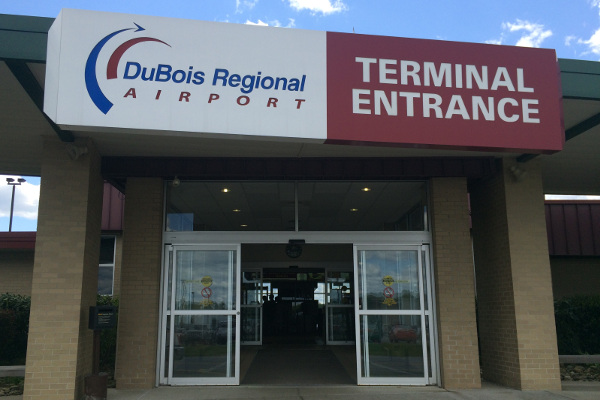 Southern’s internal numbers show that 10,478 passengers either arrived or departed from DuBois in 2018. That is up from 7,464 passengers in 2017, which was also an increase (30%) from the previous year.

In addition to the 40% increase in passenger growth during 2018, Southern tallied the most commercial passengers at the airport since 2011 when 11,807 passengers used the service.

“Southern’s commitment to our community is evident in the service they deliver everyday,” said Rick Wise, Airport Authority Chairman. “We are seeing the business people use the airport for the first time in many years, but what is so impressive is that now, due to the low fares, families are using the airport for the first time. The airport has always strived to provide top-notch airline service to the citizens of this region and Southern has proved to be that reliable, affordable, and efficient airline everyone has always wanted.”

Southern’s ability to grow the passenger count in DuBois, and indeed all of its markets in Pennsylvania, is due to a variety of reasons. First, Southern’s fares at DuBois are significantly lower than those offered by previous airlines. Second, the service reliability has reached near-perfect levels. Not including weather-related issues and runway closures, Southern has operated an impressive 99% of its flights over the past twelve months. Another reason for the growth in passenger numbers is due to the addition of an interline ticket and baggage partnership with American Airlines, which allows for seamless connections to final destinations when connecting at both Pittsburgh and Baltimore.

“Southern’s scale in the mid-Atlantic region is one of the main reasons we are able to perform at such high levels in DuBois,” said Stan Little, Chairman and CEO. “Operating scheduled air service at ten airports within 250 miles of each other guarantees a high reliability at each of them, since extra pilots and extra aircraft are never far away. Our operational spares can easily be deployed to cover a plane’s flat tire or a pilot’s sick call.”

Southern operates in all but one EAS market in Pennsylvania, including the service at nearby Bradford and Altoona, both of which also experienced passenger growth in 2018.

Passengers looking for more information about the Southern Airways may call the customer service center at 1-800-329-0485 or visit Southern’s website at www.iFlySouthern.com.