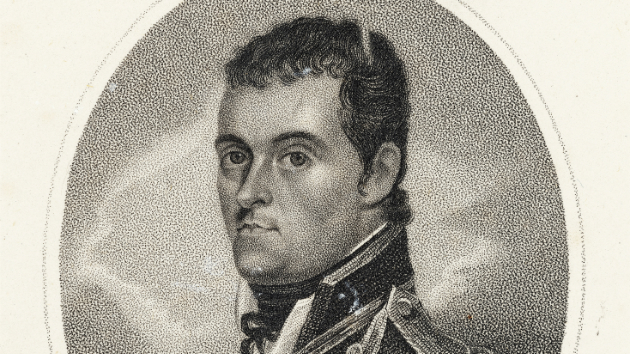 Imagno/Getty Images(LONDON) — The excavation of a centuries-old cemetery beneath a London train station has led to an exciting discovery: a long-lost British explorer.
The remains of British explorer Matthew Flinders, who led the first expedition to sail around the entire coast of Australia, have been found beneath a London train station, according to the company developing a major railway project in the area.
Archaeologists made the discovery earlier this month while exhuming some 40,000 graves in St James's Cemetery, behind London's bustling Euston station, in preparation for the construction of the $70 billion HS2 high-speed rail line that will link the British capital with Birmingham.
Flinders was buried in the sprawling churchyard in July 1814 after his death at the age of 40. But his grave site was lost in the mid-19th century following the expansion of the train station into part of the burial ground. Archaeologists were able to identify his remains by the lead plate attached to the top of his coffin, according to a Jan. 22 press release from HS2 Ltd.
"Given the number of human remains at St. James's, we weren’t confident that we were going to find him," Helen Wass, the head of HS2's archeological team, said in a statement. "We were very lucky that Captain Flinders had a breastplate made of lead meaning it would not have corroded. We'll now be able to study his skeleton to see whether life at sea left its mark and what more we can learn about him."
Accompanied by a crew and his beloved cat Trim, Flinders led the first circumnavigation of Australia in an epic voyage that lasted from 1801 to 1803. The British Royal Navy captain is credited for identifying the landmass as a continent and giving Australia its name.
An indigenous Australian man called Bungaree, who was among Flinders's crew, is credited with being the first Australian to circumnavigate his native continent, according to Australian national broadcaster ABC.
Copyright © 2019, ABC Radio. All rights reserved.

Gary Oldman reflects on 24 years of sobriety: “I used to sweat vodka”
Self-described neo-Nazi sentenced to 19 years for plot to blow up Colorado synagogue
“Desperately juvenile” — Charlie Sheen looks back 10 years after his infamous “Tiger Blood” meltdown
Woman who suffered debilitating periods for years gets help with new procedure
Becca Cosmetics is going out of business after 20 years
College dropout donates $20 million to the historically Black university he couldn’t afford 60 years ago