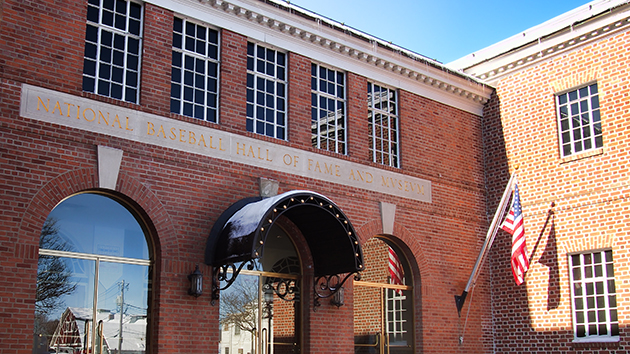 DebraMillet/iStock(COOPERSTOWN, N.Y.) — Former Baltimore Orioles and New York Yankees pitcher Mike Mussina will be inducted into the Baseball Hall of Fame this summer, but his plaque won't show either team's logo.
Mussina announced the decision in a statement released by the Baseball Hall of Fame and Museum.
"Both the Yankees and the Orioles were instrumental in my reaching Cooperstown," he wrote. "I am honored to have the opportunity to represent them both in the Hall of Fame."
Mussina, now 50, played ten seasons in Baltimore before signing with the Yankees. He pitched the final eight seasons of his career in the Bronx.
He will be the second inductee this year to have no logo on his plaque, joining former Toronto Blue Jays and Philadelphia Phillies hurler Roy Halladay. Halladay's family made their decision known on Wednesday, with his widow Brandy saying that the late right-hander "is going in as a major league baseball player. And that's what he is."
Copyright © 2019, ABC Radio. All rights reserved.