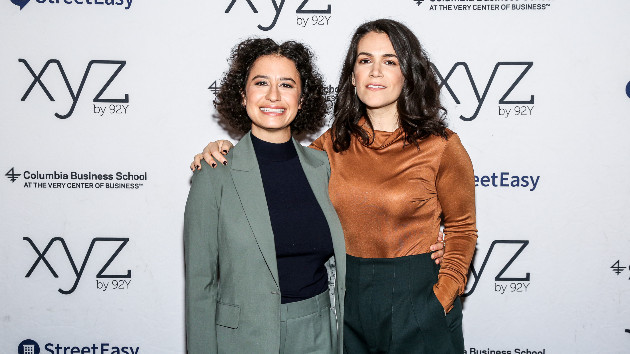 Michael Priest Photography(NEW YORK) — Four and three and two and one…Broad City returns for its fifth and final season tonight on Comedy Central. In the 10 remaining episodes, creators and stars Abbi Jacobson and Ilana Glazer wanted their namesake characters to experience something both new and unfamiliar to them: personal growth.

“So this season we put the girls through really big life moments that we've never seen before,” Glazer told ABC Radio at New York's 92nd Street Y last Friday. “I think the joke of the show has been for a long time how little they grow…But this season, they grow. We really put 'em through the wringer of change."

That takes care of the “broads” — but what about the “city”? Jacobson says they wanted to show as much of New York City as possible this season. In tonight’s premiere, Abbi and Ilana set out on a mission to walk from the top of Manhattan to the bottom in honor of Abbi’s 30th birthday.

“You know, a big part of the show is showing a lot of New York City — as much as we can — and because we only had 10 episodes left, we were like, 'OK, what are everything we wanna do and see and show within those episodes?'” she says. “And we go all over the place.”

The show started out as a web series, then became a TV series, so many fans are wondering if a Broad City movie could be next.