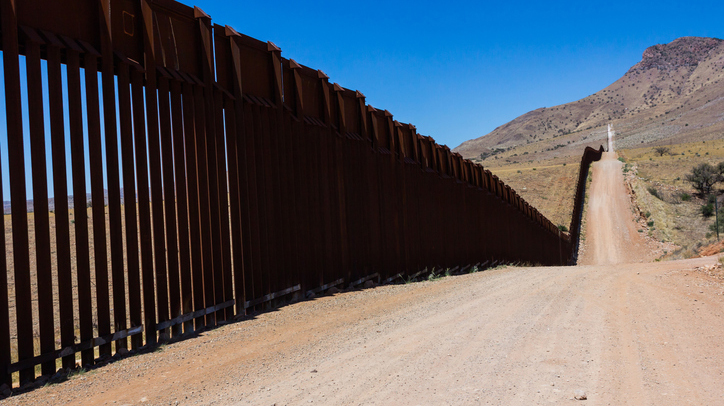 razyph/iStock(WASHINGTON) — The Trump administration is expected Friday to begin enforcing its new policy that would force asylum seekers at the U.S. southern border to wait in Mexico for their claim to be heard. It's a move that officials said they expect will severely curb the number of people approaching the border in the first place.
Homeland Security Secretary Kirstjen Nielsen announced Dec. 20 that the U.S. had reached a deal with the Mexican government to require asylum seekers to wait in Mexico while their case winds its way through U.S. immigration courts, a process that can take months or years. The approach would be a change to a longstanding U.S. policy that asylum seekers are allowed to wait inside the U.S.
The policy is the latest attempt by the Trump administration to curb what it insists are loopholes in the immigration system. Like many of its immigration policies, the plan is expected to face pushback in court.
The decision by the Homeland Security Department to move ahead with enforcement of the new policy comes as President Donald Trump remains locked in a bitter dispute with lawmakers over the $5 billion he wants for construction of a border wall.
"We have a huge problem with asylum fraud," Nielsen told the House panel last month. "We need to work together to combat that."
At issue is how the United States decides who should be granted asylum, a right granted to migrants by U.S. and international law. According to the Homeland Security Department, border officials have seen a surge in migrants from El Salvador, Guatemala and Honduras and that the vast majority are granted entrance into the United States after passing a "credible fear" interview.
John Cohen, a former acting under secretary at the Homeland Security Department and an ABC News contributor, said in order for this policy to be legal, the U.S. needs a safe country agreement with Mexico.
The law requires that the person's "life or freedom" not be threatened and that the person claiming asylum still have "full and fair" access to the U.S. immigration system. That means it's likely the U.S. will have to devote resources to either bring people into the United States to see an immigration judge, or set up American courts in Mexico — a highly unusual situation that presents legal complications, Cohen said.
“Even if a safe country agreement exists, having these people in Mexico while their application processes will be a logistical nightmare," he said.
That agreement exists with Canada, a designated safe country where refugees are required to reside while going through the asylum process for the U.S. if they first arrive in Canada.
Last month, Secretary of State Mike Pompeo called the plan "historic" and said that the Mexican government had promised to give the migrants humanitarian visas to stay on Mexican soil and apply for work.
"We think that they [migrants seeking asylum] will now see that they can’t disappear inside the United States, and so they will remain in their home countries," Pompeo told Fox News host Laura Ingraham.
Mexico had previously refused to accept the return of migrants who aren't Mexican citizens. However, in December, the U.S. signed a joint declaration with Mexico promising to invest $5.8 billion in southern Mexico and the three countries where most of the migrants were coming from: El Salvador, Guatemala and Honduras. The administration also promised a U.S.-Mexico business summit next year and a cabinet-level meeting in January.
Mexico has called the latest agreement to allow U.S. asylum seekers to remain in Mexico was a temporary, humanitarian measure.