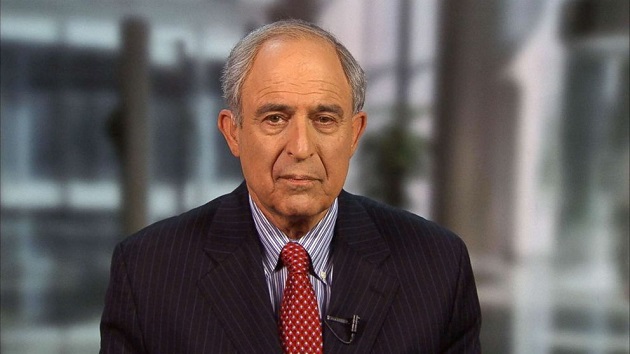 ABC News(NEW YORK) — The Senate Intelligence Committee subpoenaed Michael Cohen on Thursday morning, according to his lawyer, Lanny Davis. According to a source, he was requested to appear on Feb. 12.
Another source familiar with the matter says the subpoena is a request for testimony behind closed doors. The source adds that one reason for bringing him back is to see if he may have misled them at times beyond those already publicly stated by special counsel Robert Mueller and Cohen.
This report comes as Cohen's and President Donald Trump's teams publicly face off.
In a Thursday morning interview with "GMA," Davis said Rudy Giuliani should be indicted for "witness tampering" following his comments on national television earlier this week.
"Calling out a man's father-in-law and wife in order to intimidate the witness is not fair game and it needs to be investigated," Davis told ABC News' chief anchor George Stephanopoulos.
Davis was referring to Giuliani's remarks during an appearance last Sunday on CNN, in which President Trump's personal attorney said that Cohen's father-in-law, "a Ukrainian," "may have ties to something called organized crime."
The president himself said via Twitter two days earlier to "watch" Cohen's father-in-law. Trump has posted other tweets in recent weeks suggesting that Cohen's father-in-law and wife may have links to criminal activity.
"Does the American people, even Trump voters, have any sympathy for attacking a man’s family?" Cohen's lawyer said on "GMA" in response. "Does any American Trump or non-Trump supporter support that kind of demagogic, reckless interference with Congress as well as obstruction of justice?"
Davis said "family is out of bounds," adding that Congress should censure Trump for his comments and investigate Giuliani.
"The House of Representatives now has an obligation," he said. "A resolution of censure when the president of the United States indisputably intimidates and obstructs justice to prevent a witness from testifying is an order. So is a federal criminal investigation of Rudy Giuliani for witness tampering."
"Mr. Trump has immunity from indictments, so it's alleged or argued in the Justice Department," he added. "But Mr. Giuliani has committed a crime or at least should be indicted for that crime on the face of what he said on national television."
President Trump tweeted on Thursday morning, apparently in response to Davis' interview, "So interesting that bad lawyer Michael Cohen, who sadly will not be testifying before Congress, is using the lawyer of Crooked Hillary Clinton to represent him – Gee, how did that happen? Remember July 4th weekend when Crooked went before FBI & wasn’t sworn in, no tape, nothing?"
Davis worked with President Bill Clinton in the '90s.
Davis had announced on Wednesday that Cohen was postponing his highly-anticipated testimony before Congress out of concern for his family.
Trump's former attorney and longtime fixer had volunteered to appear before the House of Representatives' Committee on Oversight and Reform on Feb. 7, just weeks before beginning a 3-year sentence in federal prison for an array of crimes he pleaded guilty to committing while working for Trump.
"Due to ongoing threats against his family from President Trump and Mr. Giuliani, as recently as this weekend, as well as Mr. Cohen's continued cooperation with ongoing investigations, by advice of counsel, Mr. Cohen’s appearance will be postponed to a later date," Davis said in a statement obtained by ABC News.
During the interview on "GMA" Thursday morning, Cohen's attorney reassured that his client will testify at some point.
"Make no mistake, Michael Cohen will speak, they will not thwart this truth coming out," Davis said. "He will talk about the personal abusive behavior that he eyewitnessed for working 10 years with Mr. Trump."