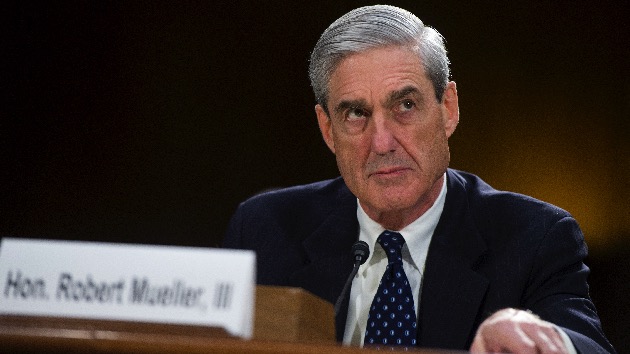 Tom Williams/CQ Roll Call(WASHINGTON) — Members of the federal grand jury impaneled by special counsel Robert Mueller could soon see their daily stipend deferred – the first indication that his investigation into Russian interference in the 2016 presidential election may feel the impact of the longest government shutdown in United States history.
That’s because at the federal district courthouse in Washington, D.C., where the special counsel’s grand jury sits, funds are increasingly scarce.
Funds have been set aside for the special counsel team’s work, allowing the investigation to remain largely unaffected by the shutdown. But even his high-profile probe, insulated by a “permanent, indefinite appropriation” from the Justice Department, may soon start feeling residual side-effects of the shutdown.
A spokeswoman for the court said Tuesday that once the court drains its operating budget, grand jurors will continue to be summoned, but payment will be deferred until Congress and President Donald Trump reach a deal to re-open the government. Funding for the federal courts has been extended through the end of January “through a multi-pronged strategy of deferring non-critical operating costs and utilizing court filing fees and other available balances,” according to a statement from the Administrative Office of the U.S. Courts, which oversees the federal court system.
“No further extensions beyond Feb. 1 will be possible,” the statement said.
All federal grand jurors seated for more than 40 days are paid $60-per-day for their service. The grand jurors hearing testimony in the Mueller probe were first empaneled in mid-2017, and in January a federal judge extended their term beyond the usual limit of 18 months.
The special counsel’s office, itself, receives funding from a separate appropriation set aside for independent counsels, which the Justice Department has approved for Mueller in perpetuity.
Peter Carr, a spokesman for the special counsel’s office, reiterated Tuesday that “employees with the Special Counsel’s Office are considered exempt and will continue their operations in the case of a lapse in appropriations.”
What will happen inside the Washington, DC, federal courthouse – on which Mueller’s team relies heavily – remains a bit of a mystery. Officials there anticipate most court workers will follow the path of essential executive branch employees and be asked to work without pay after January 31, though some could be furloughed.
Federal agents not associated with the Russia investigation have been scrambling to stay afloat as the funding accounts continue to drain down.
A report from the FBI Agents Association quoted an agent as saying, “On the child exploitation side, as an [undercover employee], I have to put the pervs on standby… This puts children in jeopardy.”
Copyright © 2019, ABC Radio. All rights reserved.