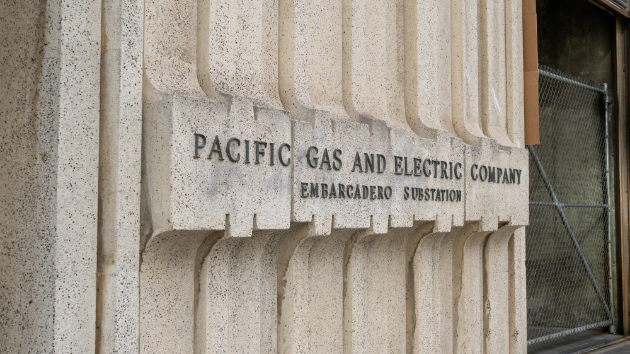 David Tran/iStock(SACRAMENTO, Calif.) — California wildfire survivors are joining environmental activist Erin Brockovich this week to voice their concerns over Pacific Gas and Electric’s plans to file for Chapter 11 bankruptcy protection.
Brockovich became famous for battling PG&E in the 1990s over groundwater contamination — a move that ultimately led to the film Erin Brockovich. She is claiming that PG&E is using bankruptcy as a “go-to move” to decrease the its potential liability for damages in several wildfires that burned through parts of California in 2017 and 2018.
According to The New York Times, fire investigators have determined that PG&E was responsible for at least 17 of the 21 major fires that occurred in Northern California in 2017. The power company is also accused of being responsible for fires in 2018, including the Camp Fire that wiped out the town of Paradise. Camp Fire was the state’s deadliest and most destructive wildfire ever, killing 86 people, destroying more than 18,000 homes and buildings, and scorching 153,336 acres of land.
While the official cause of the Camp Fire is still under investigation, the utility company has announced its plans to file for bankruptcy, saying it can’t afford to pay at least $30 billion in potential damages after the historic fire seasons the last two years. Last Thursday, a federal judge alleged that uninsulated, above-ground PG&E power conductors were responsible for many of these fires.
Flanked by wildfire victims and attorneys at a press conference in front of the state capitol in Sacramento on Tuesday, Brockovich called for more state oversight on holding the utility company accountable.
"We should all be beyond frustrated,” Brockovich said during the press conference. “Every one of us should be good and mad. And it is time for the state to get to work. They need to show us their true leadership in holding this company accountable and making these communities whole again.”
She also alleged that the utility company is solvent and that it’s simply shucking its responsibilities.
“How are we going to stand by and just hurl 40,000 citizens, who have been harmed — not to mention the state of California — into chaos? Because Pacific Gas and Electric once again doesn't want to be held accountable or pay for the damages they have caused," Brockovich said.
In a response, a spokesperson for the utility company told ABC News that the company still had “work to do” and said that it remained “focused on supporting [families impacted by the wildfires] through the recovery and rebuilding process.”
“Chapter 11 provides a court-supervised process for fairly and efficiently assessing and resolving our wildfire liabilities,” the spokesperson said. “The process will allow us to fully consider these claims and, if PG&E is found to be responsible for them, the process will ensure claimants receive full compensation in a fair and efficient manner.”
The spokesperson also acknowledged that as California experiences more “frequent and intense wildfires,” it would need to be part of a broader effort to help further reduce risk. The spokesperson said PG&E was “open to a range of solutions that will help make the energy system safer” and that it was committed to cooperating with regulators, policymakers and stakeholders to do this.
One of those solutions, Brockovich and those gathered in front of the capitol believe, should be to bury power lines underground in order to cut down on the potential for wildfires in the future.
Copyright © 2019, ABC Radio. All rights reserved.