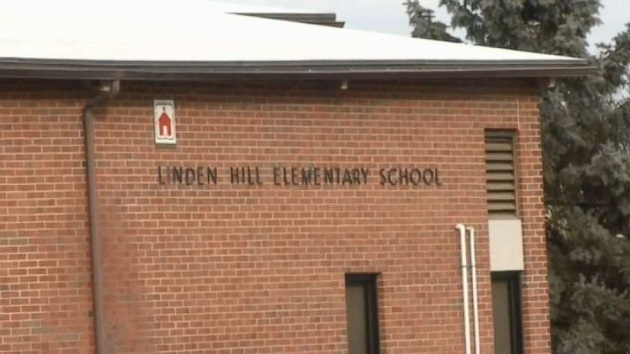 WPVI-TV(PIKE CREEK, Del.) — A Delaware school district has removed a driver from work after a 5-year-old boy was left on a school bus for seven hours Wednesday.
The boy was put on the bus in the morning, according to his mother, but he apparently fell asleep and never got off when it arrived at Linden Hill Elementary School in Pike Creek, 15 miles west of Wilmington.
"I didn't really know what was going on, because I know I dropped my baby off at the bus stop and he was in the bus," mother Ivana Dennis told ABC's Philadelphia station WPVI-TV.
Security footage from the bus depot shows that 5-year-old Ibn Polk was not discovered until the bus driver returned to the lot in the afternoon, WPVI said.
The bus was equipped with a child detector to prevent a student from being left behind, but it was not working, according to the Red Clay School District.
Security footage also shows that students on the bus tried to point out the sleeping child as they were disembarking Wednesday morning.
"The bus driver got out and I was crying for a bit and then I stopped crying," Polk told WPVI. "I was scared."
Polk's parents were also not notified of their child's absence from classes.
"We recognize that procedures in place were not followed and this was a breakdown, a failure," said Pati Nash, public information officer for the Red Clay School District.
The driver, who is employed by Sutton Bus Company, will not be allowed to drive for the district anymore, WPVI reported.
Luckily for Polk, the temperatures on Wednesday were higher than average. The high temperature in Wilmington was 51 degrees, about 10 degrees above average and almost 40 degrees higher than on Monday.