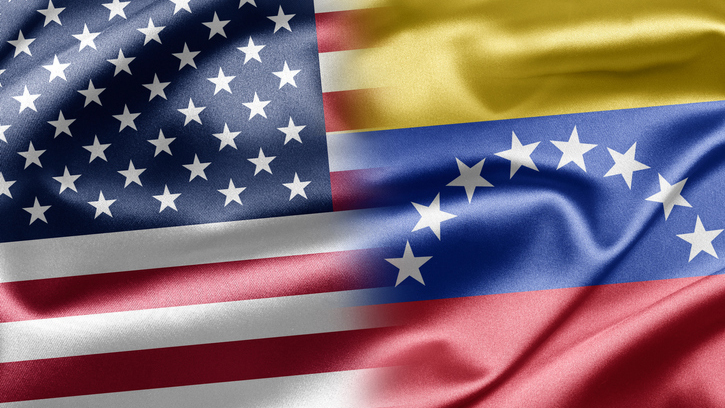 Ruskpp/iStock(WASHINGTON) — The U.S. is withdrawing nonemergency personnel and families from the embassy in Venezuela, just two days after President Nicolás Maduro ordered all American diplomats to leave in 72 hours.
The Trump administration had said it would not abide by Maduro's "meaningless" order, calling him the "former" president after recognizing opposition leader Juan Guaidó as interim president.
"The regime of former president Nicolás Maduro is illegitimate… We therefore consider all of its declarations and actions illegitimate and invalid," Secretary of State Mike Pompeo said Thursday.
But the drawdown of staff comes amid fears that diplomats and their families were in danger.
President Trump recognized Guaidó, the president of the opposition-controlled National Assembly, as the acting president in a statement on Wednesday, joined by a dozen other countries in the Western Hemisphere after Maduro's steady consolidation of power and Venezuela's sharp economic declined, marked by food and medicine shortages and hyperinflation.
Maduro responded by severing diplomatic ties with the U.S., ordering American diplomats out, and announcing Thursday that he would pull his own diplomats from the U.S. and close the Venezuelan embassy and consulates.
The initial American response was to dismiss Maduro outright, and Pompeo warned in a statement Wednesday that the U.S. "will take appropriate actions to hold accountable anyone who endangers the safety and security of our mission and its personnel."
But Maduro still controls the military and security forces in the country, and while Pompeo called on them to respect a "peaceful, democratic transition" to Guaidó's government, the Armed Forces reiterate their allegiance to Maduro on Thursday.
Some American staff will remain in Caracas, although it was unclear how many. The embassy had had between 100 and 150 personnel, with family members accompanying diplomats, too.
The State Department has set up a task force to manage the ongoing crisis in Venezuela, an official told ABC News, with staff "monitoring the security situation in real time, 24 hours a day, seven days a week."

This is a breaking news story. Please check back in for updates.

‘COVID’s so wicked’: Families confront losing multiple loved ones
DCNR warns of hazardous, snowy conditions on state forest roads
How ‘Minari’ flips the perspective about Asian families in the US
How you can help Texas families left in the dark
Georgia bill seeks to reunite families with loved ones in nursing homes, hospitals during pandemic
DNC announces key staff hires as Biden takes hold of party