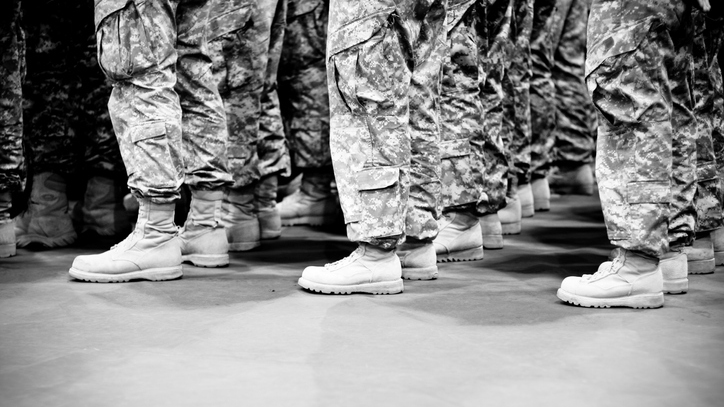 LucieHolloway/iStock(WASHINGTON) — In a 5-4 vote on Tuesday, the Supreme Court granted the Trump administration's request to begin enforcing a ban — with some exceptions — on transgender military service members while legal appeals continue. The move, which is temporary, reversed a lower court order that had put the policy on hold and does not yet have an immediate effect on the service of transgender individuals in the military.
The ban was first set in motion in July 2017 when President Donald Trump tweeted that he would no longer “accept or allow” transgender individuals to serve in the military, prompting the Pentagon to scramble to revise its policy and triggering legal challenges from critics who called the move discriminatory and unconstitutional.
While the ban so far has never taken effect, ABC News breaks down what changes could be ahead and what the court's ruling means.

What happens next?
Officials told ABC News that the decision has no immediate effect because one nationwide injunction against the ban remains in place in the Maryland Federal District Court's case of Stone v. Trump.
The Department of Justice (DOJ) is currently seeking relief from the remaining injunction in light of the Supreme Court's action. If that takes place as expected, the Pentagon could soon decide to begin implementing the partial ban on transgender troops as the appeals process in the lower courts continues.
What does the Department of Defense say?
In a statement Wednesday, a Department of Defense spokesperson said the Pentagon was consulting with DOJ on its next steps with the litigation, but they "look forward to continuing to press our case in the courts."
"Because it is critical that the department be permitted to formulate personnel policies that it determines are necessary to ensure the most lethal and combat effective fighting force in the world, the department welcomes the Supreme Court's action," the spokesperson said in the statement.
However, the four service chiefs of the Army, Navy, Air Force and Marine Corps have testified in Congress that the presence of transgender service members has had no effect on unit cohesion, discipline or morale.
What is the new policy?
In a March memorandum, Trump concurred with the policy recommendations of then-Defense Secretary James Mattis that transgender individuals "with a history or diagnosis of gender dysphoria" are unable to serve except under limited circumstances. In a memo to Trump dated Feb. 22 — citing his own professional judgment and a panel of experts with “professional military judgment” — Mattis recommended the following three policies, with which the president concurred:
1. “Transgender person with a history or diagnosis of gender dysphoria are disqualified from military service, except under the following circumstances: (1) if they have been stable for 36 consecutive months in their biological sex prior to our accession; (2) Servicemembers diagnosed with gender dysphoria after entering into service may be retained if they do not require a change of gender and remain deployable with an applicable retention standards; and (3) currently serving service members who have been diagnosed with gender dysphoria since the previous administration’s policy took effect and prior to the effective date of this new policy, may continue to serve in their preferred gender and receive medically necessary treatment for gender dysphoria.”
2. “Transgender person who require or have undergone gender transition are disqualified from military service.”
3. “Transgender person without a history or diagnosis of gender dysphoria, who are otherwise qualified for service, may serve, like all other service members, and their biological sex.”