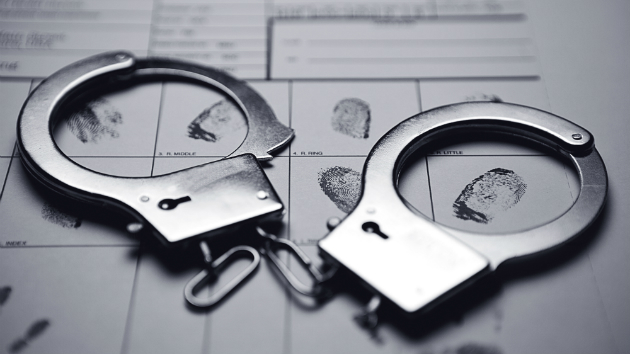 BlakeDavidTaylor/iStock(GRAND RAPIDS, Mich.) — Three Michigan residents were arrested Monday afternoon for conspiring to support ISIS, federal authorities said.
Muse Abdikadir Muse, 20, was arrested by law enforcement officers during security screening at the Gerald R. Ford Airport in Grand Rapids, Michigan, after checking in for the first of a series of flights to Mogadishu, Somalia. His 23-year-old brother, Mohamud Abdikadir Muse, and their 26-year-old brother-in-law, Mohamed Salat Haji, were arrested in the airport terminal soon after, according to a criminal complaint filed in the United States District Court for the Western District of Michigan.
All three men are naturalized U.S. citizens who were born in Kenya and currently reside in Lansing, Michigan.
The family first came to the attention of the FBI in April 2016 when a review of Mohamud Abdikadir Muse's public Facebook page "revealed frequent posts of photos, videos, and statements and commentary that were pro-ISIS in nature and what can be described as violent, extremist propaganda," the complaint states.
An undercover FBI employee posing as an ISIS recruiter began communicating with the former Nebraska resident via Facebook in June 2017. Mohamud Abdikadir Muse said he wanted to join the terrorist group, was saving his money to travel to Syria and that he "planned to die with a gun in his hand fighting for ISIS," according to the complaint.
Search warrants later revealed that his younger brother, Muse Abdikadir Muse, and their brother-in-law, Haji, allegedly discussed with each other via Facebook "their desire to fight for ISIS and support for the killing of non-believers." The pair also allegedly talked about the possibility of using a car "as a weapon for a planned attack" here in the United States if they could not travel overseas to fight for the terrorist group, the complaint states.
Another undercover FBI employee posing as a man in Somalia started communicating with Muse Abdikadir Muse in the fall of 2018. Muse Abdikadir Muse said he planned to travel to Somalia and sent a video pledging his allegiance to ISIS, according to the complaint.
The undercover operative told Muse Abdikadir Muse that he presented the oath video to ISIS leadership in Somalia and it was accepted. Muse Abdikadir Muse later sent oath videos from his brother and brother-in-law, which the agent confirmed were also accepted by ISIS leadership, according to the complaint.
After Muse Abdikadir Muse requested $1,200 from ISIS to help pay for airfare to Somalia's capital, the funds were sent by the FBI — posing as ISIS — in increments to the three relatives as well as a third undercover FBI employee whom they believed planned to accompany them on the journey. Earlier this month, Muse Abdikadir Muse purchased his ticket to Mogadishu via a series of connecting flights, according to the complaint.
During a shopping trip at a Walmart in Lansing last week to prepare for the upcoming trip, Muse Abdikadir Muse and Haji told the undercover operative "that if they failed in their attempt to join ISIS, they would conduct an attack or martyrdom operation," the complaint states.
The two brothers traveled with Haji to the airport in Grand Rapids on Monday. Following their arrests, federal agents executed search warrants at the siblings' residence, according to a press release from the U.S. Department of Justice.
All three men have been charged with engaging in a conspiracy to provide material support or resources to a designated foreign terrorist organization, which is punishable by up to 20 years in federal prison.
Copyright © 2019, ABC Radio. All rights reserved.

Arizona ‘audit’ becomes far-right campaign stop, fuels conspiracy that election can be overturned
17-year-old suspect arrested in Austin mass shooting that left 1 dead, 13 injured
FBI warns lawmakers frustrated QAnon conspiracy followers could again turn violent
Black teens speak out after viral video shows them being forcibly arrested
Grandson arrested for allegedly murdering his own grandmother
“The Bachelorette” recap: Katie lays down the law after learning some of the men may be playing her