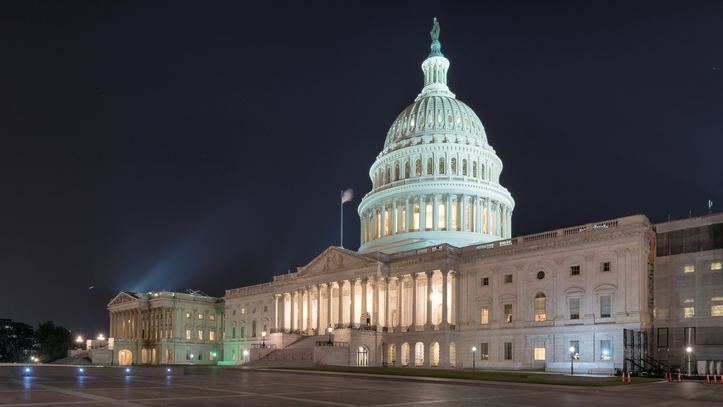 lucky-photographer/iStock(WASHINGTON) — Rep. Elijah Cummings, the new Democratic chairman of the House Committee on Oversight and Government Reform, announced Wednesday that he's launching an investigation into the White House and Trump Transition Team security clearance process, claiming some of the highest-profile officials mishandled government secrets.
Cummings sent a letter to the White House Counsel Wednesday, requesting documents pertaining to the security clearances of multiple White House officials, including former National Security Adviser Michael Flynn and his son, Michael Flynn Jr., senior adviser Jared Kushner, former Staff Secretary Rob Porter, and former Deputy Assistant to the President Sebastian Gorka.
"The goals of this investigation are to determine why the White House and Transition Team appear to have disregarded established procedures for safeguarding classified information, evaluate the extent to which the nation's most highly guarded secrets were provided to officials who should not have had access to them, and develop reforms to remedy the flaws in the current White House systems and practices," the letter says.
The letter sets a Feb. 6 deadline for the White House to submit the requested documents.
The White House has previously denied anything improper about the security clearance process.
Cumming's letter says the investigation is being launched "in response to grave breaches of national security at the highest levels of the Trump Administration."
The White House has snubbed previous requests from Cummings to submit staff security clearance information. The former House Oversight Committee Chairman, Rep. Trey Gowdy, a South Carolina Republican, did not press the White House to comply with requests.
Flynn pleaded guilty to lying to the FBI about conversations with Russia's then-ambassador, but kept his security clearance even after those actions became known to the White House.
Kushner's security clearance was downgraded to "secret" by then-White House chief of staff John Kelly last February after his security clearance review was pending for an extended period of time.
After the 2018 midterm elections gave Democrats control of the House, Cummings promised to investigate an array of issues, including the security clearance process. In December, Cummings issued more than 50 letters to the White House, federal agencies and the Trump Organization requesting documents and records on a range of issues, in the opening salvo of what could be a contentious series of confrontations between the Trump administration and House Democrats.