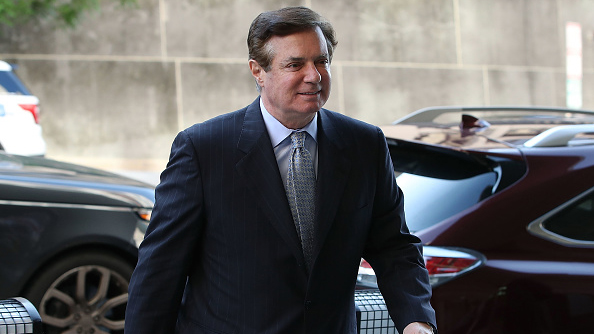 Mark Wilson/Getty Images(WASHINGTON) — Attorneys for President Donald Trump’s one-time campaign chairman Paul Manafort sought Wednesday to downplay allegations lodged by special counsel Robert Mueller’s office that their client lied to prosecutors, arguing that when “placed in proper context,” his comments amount to little more than “a lack of consistency.”
“Many of these events occurred years ago, or during a high-pressure U.S. presidential campaign he managed when his time was extraordinarily limited," Manafort’s defense counsel wrote in heavily-redacted court documents adding that some of the events took place "during the difficult time that followed his departure from the 2016 presidential campaign because of the allegations leveled at him and the investigations that followed.”
Details in Wednesday’s filing are largely redacted in an effort to maintain the secrecy of certain elements of Mueller’s probe, making certain rebuttals made by Manafort’s defense team difficult to parse.
Manafort’s attorneys initially filed the court documents under seal Wednesday morning, but the federal judge overseeing his case ordered that a redacted version be made public.
The new filing from Manafort's defense team is in response to a heavily redacted court document filed by special counsel Robert Mueller's team last Tuesday which outlined underlying evidence to support its claims that Manafort, the president’s onetime campaign chairman, lied to federal investigators.
Prosecutors allege that Manafort lied to them during the course of 12 interviews which occurred after he entered into a plea agreement in September which required his full cooperation with special counsel prosecutors. In November, it was reported that the plea deal was breaking down after prosecutors alleged that Manafort had lied.
The government alleged in its filing that Manafort's lies include claims that he had not maintained contact with people in President Donald Trump's administration, misleading statements about the nature of his discussions with a longtime business associate identified by the special counsel as a former Russian intelligence officer, and false statements about the source of a $125,000 payment that appears to line up with money he received from one of the well-funded political action committees that backed Trump’s 2016 campaign.
The Russian intelligence officer referenced by prosecutors is Konstantin Kilimnik, a longtime business associate of Manafort's.
In a previous filing, Manafort's defense team failed to fully redact sections of their filing, inadvertently revealing that Manafort is accused of sharing internal Trump campaign polling data with Kilimnik while working for the campaign in the spring of 2016.
If the judge in the case concludes that Manafort breached his plea agreement by lying to prosecutors, he could face up to 80 years in prison, though legal experts say he would likely receive a sentence closer to seven years.
Manafort has already been found guilty on eight counts of tax and bank-fraud in a Virginia case related in part to his work as an unregistered foreign lobbyist. Sentencing in that case is scheduled for early February and could land him a lengthy prison term.
The judge has summoned attorneys in the special counsel’s office and Manafort’s defense team to appear in court on Friday, but in court documents also filed Wednesday, Manafort waived his right to appear at the hearing.
Manafort is scheduled for sentencing in the Washington case on March 5.