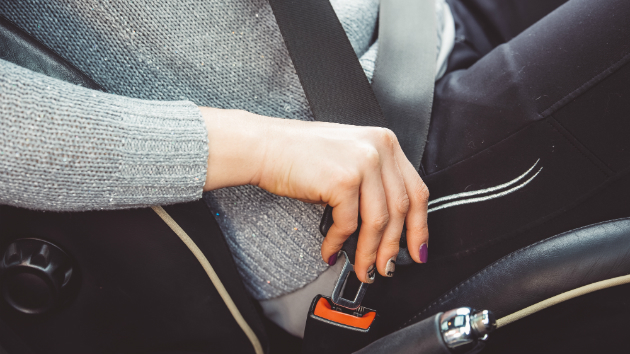 spyderskidoo/iStock(NEW YORK) — More than one-fifth of all states are falling behind on road safety laws, according to a new report released Tuesday by the group Advocates for Highway and Auto Safety.
The 16th annual Roadmap Report evaluates each state on its implementation of road safety laws the group recommends and found that 11 states, including Arizona, Florida and Virginia, fall "dangerously behind."
South Dakota scored the lowest in the group's rankings by implementing only two of the recommended laws, while Rhode Island received the highest grade by implementing 13 of 16 laws.
The report ranks states based on the strength of their laws in five categories: occupant protection, child passenger safety, teen driving laws, impaired driving and distracted driving. Only six states and the District of Columbia were given a green rating for showing significant advancement toward adopting the recommended laws.
Almost half — 47 percent — of passenger vehicle occupants killed were unrestrained, the group said.
In addition to the 16 recommended laws used for the rating system, the group's president, Cathy Chase, in a news conference Tuesday, cited that 406 laws are still “critically” needed in all 50 states as well as at the national level.
“Right now, we are mired in mediocrity when we should be boasting about bold leadership,” said Chase.
Thirty-three states were given a yellow rating indicating that there are still gaps with the recommended safety laws, while 11 were given a red rating for falling behind in their implementation.
Matt Gannon, the head of federal affairs for Farmers Insurance Group and a panelist for the 2019 Roadmap report, explained the importance of just implementing one of the 16 laws recommended by advocates.

“If every state enacted just one law this year, it would be great progress and many many lives would be saved”, he said.
Other notable findings in the report include that the annual total cost of motor vehicle crashes is approximately $242 billion.
Further, approximately 100 people are killed and more than 8,500 are injured every day on U.S. roadways. The number of deaths overall, however, decreased 1.8 percent in 2017 after increasing the two previous years.
Copyright © 2019, ABC Radio. All rights reserved.