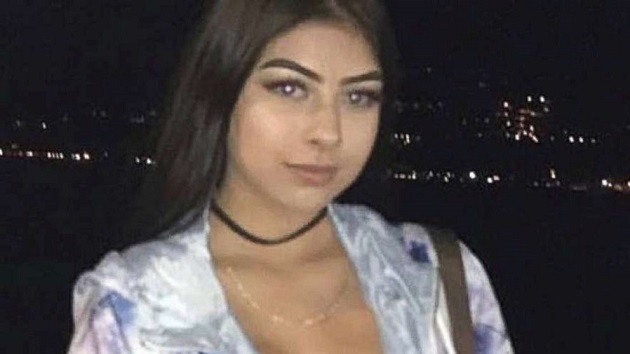 Moreno Valley Police Department(LOS ANGELES) — Family and friends spent Tuesday doing all they could to help find Aranda Briones, the 16-year-old Southern California resident who hasn't been seen in 10 days.
Briones, a native of Moreno Valley, about an hour east of Los Angeles, was hanging out with friends on Jan. 13 when she never returned, according to authorities. She was reported missing the next day.
Her friends said Briones was dropped off at Moreno Valley Community Park around 6 p.m. that evening, but investigators were not able to see her on any nearby surveillance video, according to Los Angeles ABC station KABC-TV.
Uncle Matthew Horstkotte, who spent Tuesday handing out missing persons flyers picturing his niece, admitted she didn't always have the best choice in friends. Police have not said whether they expect foul play is involved.
"She did have a bad choice of friends, I'll be honest, you know everybody does," Horstkotte told KABC. "Everybody makes mistakes, but you know one thing I want? I just want her home safe."
Horstkotte pleaded for friends to come forward if they have any info and not cover for someone, saying, "Nowadays, you know teenagers want to cover up for a friend or someone says, 'I don't want to tell because I'm scared.' But just come forward."
Police continue to search for video in the area of the park where friends say they last saw her. Briones was using her phone to post on social media from Rubidoux, about 14 miles northwest of where she was last seen, on Jan. 13.
She has not posted on social media or responded to calls on her cellphone since.
"Over the past week, investigators have searched last known locations and spoke to several family and friends of Briones in an attempt to locate her," Moreno Valley police said in a statement. "Briones’ last known location is believed to be near Moreno Valley Community park located at 13380 Frederick Street in Moreno Valley."
Moreno Valley police said both their anti-human trafficking team and the FBI have been involved in the search. The Riverside County Sheriff's Office has also been involved in trying to locate Briones.
"Nine days on a missing person case — obviously with each passing second, each passing minute, each passing day — from a law enforcement standpoint, we don't like it," Riverside County Sheriff Sgt. Chris Willison told KABC.
Briones is about 5-foot-4 and 110 pounds with brown hair, hazel/green eyes and a pierced septum. She was wearing a white and blue jacket and dark jeans.
"We just want her home," her brother, Daniel Briones, told KABC earlier this week. "That's honestly all we really care about. We just want her home."
Carl Horstkotte, Briones' grandfather and legal guardian, told KABC, "It's been a living hell."
Copyright © 2019, ABC Radio. All rights reserved.