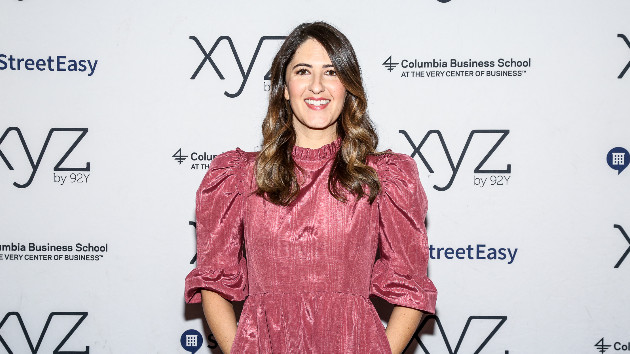 The actress has been all over your TV screens as of late, with her most recognizable role being Siri-in-human-form Janet, on NBC’s hit afterlife comedy The Good Place.

Carden had a breakout season on the show, which airs its third season finale Thursday night. And the actress promises that, much like seasons past, this finale will blow fans' minds.

"I think that's a great tease…like, if history proves anything, [creator] Mike Schur and those writers love a twist," she told ABC Radio ahead of her talk at the 92nd Street Y in New York City last Friday. "…We really sort of thrive on the mysteriousness and the unpredictability of this show."

And fans thrive on Carden’s ability to make even Janet’s most emotionless lines hilarious — not to mention her knack for imitating her co-stars perfectly, as she showed in the stand-out episode "Janet(s)." Her performance drew comparisons to Tatiana Maslany’s multi-character portrayal in Orphan Black.

"I'm such a fan of hers…let's keep talking about how we should do something together so that maybe we can," Carden said.

In addition to The Good Place, which was renewed for a fourth season, Carden also appears on HBO's Barry and Comedy Central's Broad City, which returns for its final season Thursday night as well. She plays fitness instructor Gemma on the series, created by her longtime pals Abbi Jacobson and Ilana Glazer.

"The final season is incredible," Carden said. "All the crazy characters come back, if [only] for a second. I would do anything for these girls. I've known them for 10 years and truly, if they say, 'Jump,' I say, ‘How high?'"