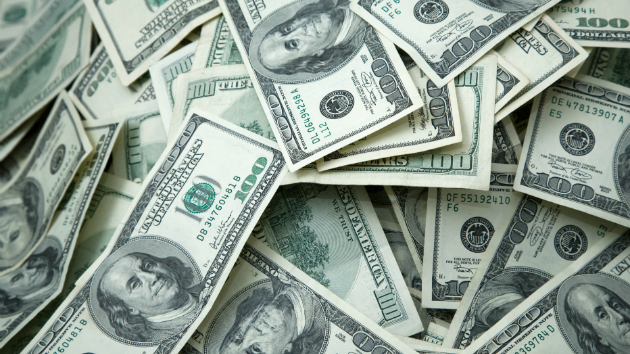 Kativ/iStock(JACKSONVILLE, Fla.) — A husband and wife accused of defrauding Swisher Sweets International out of almost $4 million used that money to buy precious metals, vehicles, guns and ammunition, according to an arrest warrant, because they were "preparing for the fall of the US Government."
Gretchen and Richard Camp of Jacksonville, Florida, both pleaded not guilty to fraud and money-laundering charges in Duval County Court on Tuesday.
Gretchen Camp, 36, a tax manager for Swisher Sweets, was arrested in December after allegedly creating and paying bogus invoices from a Macon, Georgia-based company called Lodge and Anchor, which is owned by a close friend of the suspects, according to the warrant.
She told authorities her husband had used some of the money to buy a 460-acre farm in Georgia, "significant sums" of gold and silver, and "a significant number of firearms and ammunition," according to the warrant. Richard Camp also had recently purchased nine vehicles.
Richard Camp, as stated in the warrant, "is unemployed and has been for some time," and his wife had a salary of about $80,000.
"It is abundantly clear that this suspect," the warrant states, referring to Richard Camp, "is very aware that his wife has been stealing from Swisher International for the last year and that he has used the proceeds from the thefts to make purchases on numerous items for his own benefit."
Copyright © 2019, ABC Radio. All rights reserved.