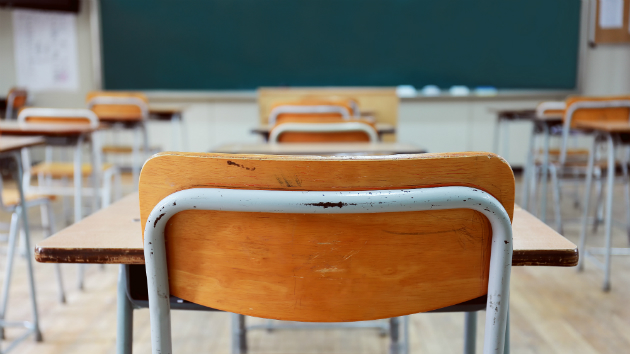 DONGSEON_KIM/iStock(NEW YORK) — The Native American elder at the center of a racially charged protest in Washington last week said the standoff between himself and a group of teens in red "Make America Great Again" hats that went viral should serve as lesson about racism and bigotry.
Omaha Nation elder Nathan Phillips gained national attention on Friday when video surfaced of his intense confrontation with Nick Sandmann, a junior at Covington Catholic High School in Park Hills, Kentucky. Now, the 64-year-old Vietnam veteran said he wants to use his "sudden and unwanted fame" as a teaching tool, according to the Indigenous Peoples Movement, the coalition behind the Indigenous Peoples March.
Phillips offered to meet with Covington Catholic High School students and community leaders in Northern Kentucky on behalf of the Indigenous Peoples Movement, to "have a dialog about cultural appropriation, racism, and the importance of listening to and respecting diverse cultures," the organization said in a statement Monday.
"Phillips and others were closing the Indigenous Peoples March with a prayer ceremony in their permitted area when, videos show, two groups without permits — Black Hebrew Israelites and the high school students — began arguing," the statement said. "Phillips said he approached and stepped between the two groups in an effort to quell the burgeoning conflict through spiritual song."

The incident went viral as video circulated online that showed Phillips standing toe-to-toe with the teenager, singing and banging on a drum, as a predominantly white crowd of Sandmann's peers appeared to jeer at him.
Phillips was criticized online for approaching Sandmann, and President Donald Trump lashed out via Twitter at members of the media for treating the teenager and his classmates "unfairly."
"Looking like Nick Sandman & Covington Catholic students were treated unfairly with early judgements proving out to be false – smeared by media. Not good, but making big comeback! 'New footage shows that media was wrong about teen's encounter with Native American, @TuckerCarlson," the president wrote Monday night.
Sandmann, who was in Washington for the March For Life protest, said he and his family received threats after the incident became public.
"I never interacted with this protestor. I did not speak to him. I did not make any hand gestures or other aggressive moves. To be honest, I was startled and confused as to why he had approached me," the teen said in a statement Sunday. "I have received physical and death threats via social media, as well as hateful insults. … My parents are receiving death and professional threats because of the social media mob that has formed over this issue."
Sandmann also accused Phillips of targeting him without reason, but the Native American veteran defended his actions in an interview airing Tuesday on ABC News' Good Morning America, saying Sandmann's group had participated in a "vile" back-and-forth with a separate group of protesters earlier, which is why he stepped in.
"This happened for two or three hours before I found myself in the middle of that," Phillips told GMA. "The reason I was in the middle of that was because it came to a point where somebody had to do something."
Video of the encounter showed members of a group calling itself the Black Hebrew Israelites taunting the students and other protesters, calling the Native Americans "Uncle Tomahawks" and "$5 Indians" and the high school students "crackers."
Phillips said the Covington students responded with hateful insults of their own.
"I was seeing America be divided by hatred, and I wanted to turn away from this horrible site and I wanted to go away from it," he told GMA. "I wanted to just ignore it, but then that thought … to my commitment to God, to a better future for all youth the next generation."

Phillips also accused the students of mocking Native American culture and yelling derogatory comments at him.
"I wish those chaperons and those teachers would have said this is the wrong behavior for American students to be displaying in our nation's capitol," he added. "Where were those teachers, those chaperons? Those kids shouldn't have been exposed to this backlash."
Now, Phillips said he's looking to turn a negative moment into a positive one, according to the Indigenous Peoples Movement.
"We feel that there is a distinct lack of understanding and appreciation of Native peoples and traditions worldwide. It's time to address the indecency of culturally appropriating our ritual movements and songs for the enjoyment of non-Native peoples," Phillips said in an announcement about the proposed meeting at Covington Catholic High School. "So, let's create space for the teaching of tolerance to happen."
The organization did not say as of late Monday whether school officials had responded to Phillips' offer.
Covington Catholic High School did not immediately respond to ABC News' request for comment, but the Diocese of Covington and Covington Catholic School said in a statement over the weekend that they would investigate the incident.
"We condemn the actions of the Covington Catholic High School students towards Nathan Phillips specifically, and Native Americans in general," the statement said. "We extend our deepest apologies to Mr. Phillips. This behavior is opposed to the Church's teachings on the dignity and respect of the human person."