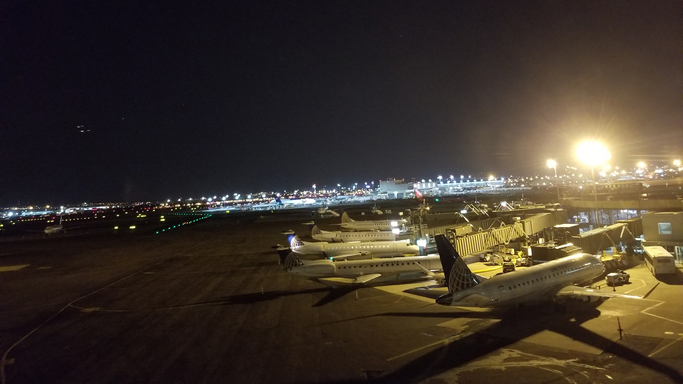 Tomsmith585/iStock(NEW YORK) — Officials have now resumed operations after a ground stop had been ordered at Newark Liberty International Airport in New Jersey due to drone activity, according to the Federal Aviation Administration.
Two drones were seen about 3,500 feet above Teterboro Airport in Bergen County, New Jersey, FAA spokesman Greg Martin told ABC News.
Pilots described seeing what "looks like a drone" within 30 feet of the plane on its final approach, Air Traffic Control audio obtained from LIVEATC.NET revealed.
"Missed the drone by about 30 feet off our right wing," one pilot said.
Some flights were held at their points of departure in order to slow the pace of incoming traffic, the source said.
The airport has posted on Twitter that operations have now resumed.
This is a developing story. Please check back for updates.

3,000 unruly passengers so far this year — 2,300 cases over mask wearing: FAA
Future of drone delivery may be happening in this small Irish town
Danny Ainge, Celtics President of Basketball Operations retiring; coach Brad Stevens taking over role
Man plummets 500 feet to his death off mountain, woman falls 30 feet trying to save him
Cargo handlers arrested for stealing gold bars at Los Angeles International Airport, prosecutors say
What has Beyoncé’s mother missed most during the pandemic? Hugs!