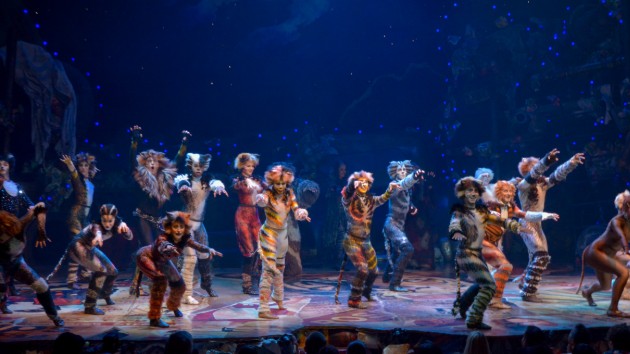 Photo by Steven A Henry/Getty Images
Posted on January 22, 2019 by ABC News

Photo by Steven A Henry/Getty Images(LONDON) — The Cats movie musical is officially off to a purr-fect start for feline fan Taylor Swift.

The singer posted a smiling selfie from the film’s London set in front of a sign with her character’s name, Bombalina. “Meow,” she captioned it.

Adding to her excitement, it was snowing in London Tuesday. She posted a video to her Instagram Story where she basks in the wintry weather, saying, “So I am on set for Cats and it is fully snowing.”

Another video shows her frolicking in the freshly fallen snow with the caption, “Always too excited.”

In the Cats musical, the character of Bombalina is interested in Rum Tum Tugger, a cat who will be played by Jason Derulo. She also sings the song "Macavity," which is about another cat, played by Idris Elba.

The movie adaptation of the hit Broadway musical also includes Jennifer Hudson, Ian McKellen and James Corden and will be directed by Tom Hooper. It'll be released later this year.