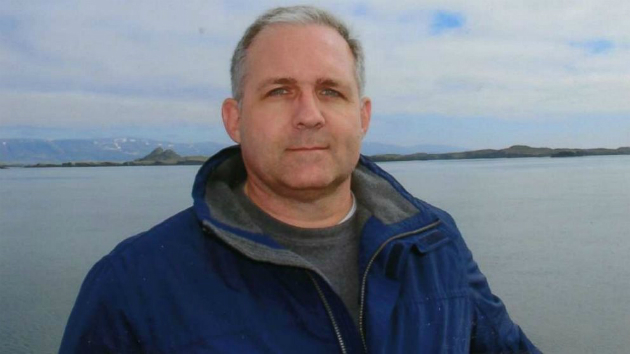 Family handout(MOSCOW) — The Russian lawyer for Paul Whelan, the former U.S. Marine held on espionage charges in Russia, has said Whelan was found with materials considered “state secrets” when he was detained by Russian intelligence officers, and appeared to imply he could have been set up.
Whelan appeared in a Moscow court on Tuesday for a pretrial bail hearing, the first time he has been seen publicly since he was arrested in late December.
Following the hearing, Whelan's lawyer, Vladimir Zherebenkov, said that Whelan had been detained with a device containing "state secrets." The lawyer added, however, that Whelan had not known he was receiving classified materials, and thought he was being given "personal" files relating to cultural sites and his travels as a tourist in Russia.
Officers from Russia's Federal Security Service (FSB) then arrested Whelan in his hotel room with the alleged classified materials. Zherebenkov said Whelan had been given the files by an individual, but refused to say who.
It is unclear if Whelan himself accepts his lawyer's position that he was found with classified information.
Despite saying his client had found himself being given classified material in place of innocuous personal files, Zherebenkov refused to say Whelan had been set up. He did not offer an explanation for how the files Whelan had been expecting could have been replaced, or why a person would have wanted to give them to him.
"I am not using the word setup," Zherebenkov said. He also categorically rejected a suggestion that Whelan's case could be politically-motivated.

“Absolutely not," he told reporters.
The lawyer’s comments were the first formal description of what Whelan is accused of in a case where Russia has so far provided no details of the charges against him. Zherebenkov has previously said Whelan intends to plead not guilty.
Anonymous allegations appeared on a Russian news site known for its ties to Russian security services about a week after Whelan was detained. The site, Rosbalt, cited an anonymous security services source who said Whelan had been arrested in his hotel room minutes after receiving a memory card with a classified list of Russian operatives on it. The site’s source claimed a Russian acquaintance of Whelan’s had delivered the card to him.
There has been no official comment on the Rosbalt reports. Russia’s FSB, which arrested Whelan, said in a statement announcing his detention that he had been caught while conducting “spying activity.”
Last week, Russia’s foreign minister, Sergey Lavrov, said at a press conference that Whelan had been caught “red-handed” while conducting “concrete illegal activities,” but did not elaborate further.
Whelan’s family have denied he is a spy, and said that the Russian charges against him are impossible. Whelan’s twin brother, David, has said that Whelan was in Russia for the wedding of an old friend.
Some former U.S. intelligence officials have said Whelan’s profile doesn’t fit that of a spy and have raised the possibility that he could have been set up by Russian intelligence agents.
Zherebenkov said Tuesday that confidentiality rules prevented him from describing exactly what Whelan is alleged to have received. He said the prosecution would have to prove Whelan had sought to receive classified information.
Tuesday's hearing was being held behind closed doors, with Whelan brought into the courtroom through a back entrance, away from the press.
Zherebenkov said he was requesting Whelan be released on bail as he did not pose a risk to the investigation, and asserted he believed there was a "50-50" chance Whelan would be let out. Whelan has been held in Moscow’s Lefortovo prison since he was arrested on Dev. 28 in his hotel room at the upscale Metropol Hotel close to the Kremlin, hours before he had been due to appear at his friend's wedding.
Discharged for bad conduct from the Marines in 2008, Whelan is currently director of global security for a U.S. car-parts supplier, BorgWarner. Born in Canada to British parents, Whelan holds U.K., Irish and Canadian citizenship in addition to U.S citizenship.
Some former U.S. officials have suggested Whelan could have been seized in retaliation for the arrest of Maria Butina, the gun-rights activist who has pleaded guilty to acting as an unregistered Russian agent in the U.S.
Whelan’s lawyer has raised the possibility he could eventually be traded for Butina, but only after he has been convicted.
Canada, the U.S. and the U.K. have all expressed concern that Whelan might have been taken as a diplomatic pawn, and have demanded that Russia provide more details on the charges against him.
Copyright © 2019, ABC Radio. All rights reserved.