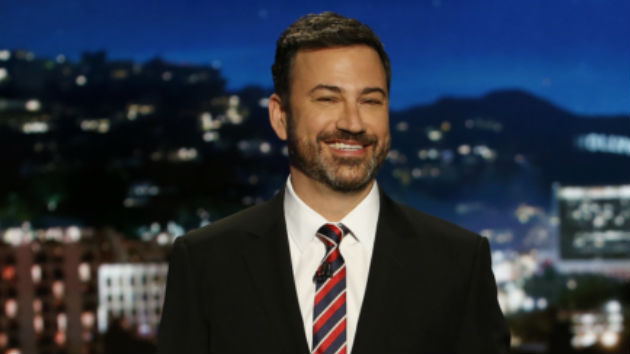 As Kimmel explains, "this is a man who is far too humble to celebrate himself" so instead Kimmel and a slew of celebrity friends took turns lampooning the Trump presidency, adding a gold-faced Trump to Mount Rushmore, a commemorative plate of Trump boarding Air Force One with toilet paper stuck to his shoe and Trump's sons Eric and Donald Jr., on safari, hunting the last lion in Africa.