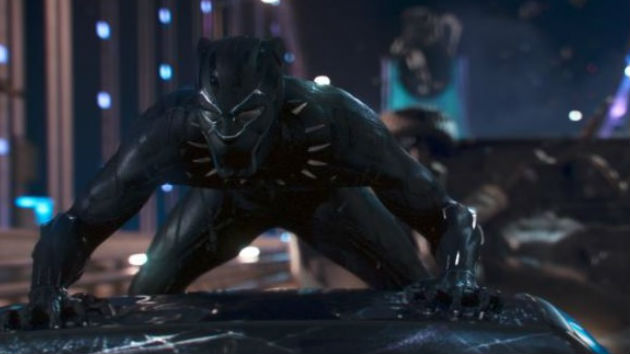 Marvel Studios(LOS ANGELES) — The 91st Academy Awards were announced Tuesday morning, and Black Panther roared on the scene with seven nominations, including one for Best Picture, one for Hannah Beachler for Best Production Design — the first black person ever to be nominated– and another for Ruth E. Carter for Best Costume Design.

The superhero film, which has the highest-grossing non-sequel opening weekend of all time and made history by being the first major comic book film with a black lead, is now officially the first superhero film to EVER have a Best Picture nomination.

On the note of Spike, he's also received his first Oscar nod for Best Director, making him the sixth black filmmaker to do so. He follows Barry Jenkins for Moonlight, Jordan Peele for Get Out, Steve McQueen for 12 Years a Slave, Lee Daniels for Precious and John Singleton for Boyz n the Hood. Lee also landed a nod for Best Adapted Screenplay.

Although Jenkins won for Best Picture in 2017, he missed the Best Director and Best Picture categories this year. Instead he snagged Best Adapted Screenplay for his James Baldwin film If Beale Street Could Talk, with his Beale Street star Regina King receiving a Oscar nod for Best Supporting Actress. Barry's Moonlight star, Mahershala Ali, also received a Best Supporting Actor nod this year for his film Green Book.

The 91st Academy Awards air Sunday, February 24 at 8am ET on ABC.