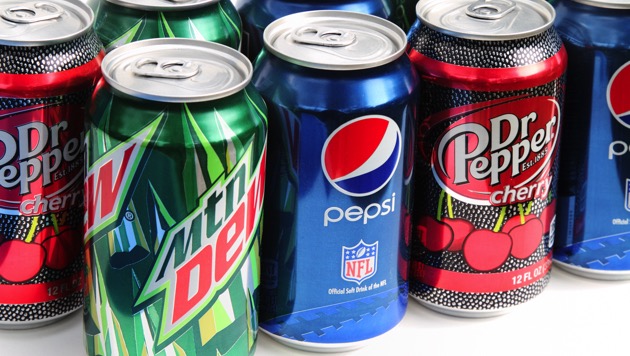 NoDerog/iStock(NEW YORK) — PepsiCo, one of the world’s largest food companies, is in a legal battle with a Tennessee distillery, Ole Smoky Moonshine, over the distillery’s trademark application for the term “Mountain Dew.”
PepsiCo filed a Notice of Opposition with the Trademark Trial and Appeal Board in 2016 opposing Ole Smoky’s trademark for “Ole Smoky Mountain Dew Moonshine.” PepsiCo said that its products “are sold in almost every supermarket in the United States,” and that it has “built up a very high level of consumer and trade recognition symbolized by [PepsiCo’s] marks.”
PepsiCo went on to say that Ole Smoky's use of "Mountain Dew" would "be likely to cause confusion, to cause mistake or to deceive with consequent injury to [PepsiCo]." PepsiCo added that they will be "damaged" if Ole Smoky were to be granted a Mountain Dew trademark.
“Mountain Dew is one of the world’s most iconic and recognized brands, and has been since it was established more than 70 years ago,” a spokesperson for PepsiCo’s Mountain Dew said in a statement to ABC News. “The planned unauthorized use of Mountain Dew by another party violates PepsiCo’s trademark rights, and we must vigorously protect our brand.”
Ole Smoky’s founder, Joe Baker, told ABC News that “mountain dew” has long been a synonym for the alcoholic beverage moonshine, and that the drink has had ties to the Appalachian Mountain region — which includes Tennessee, Kentucky and Georgia — since before Prohibition began in 1920.
In a response to PepsiCo’s notice on the U.S. Patent and Trademark Office’s website, Ole Smoky argues that “Mountain Dew was first used as a trademark for a distilled spirits product around 1890 by John W. McCulloch,” and cited an article from 1897 referring to the spirit and a permit from the Alcohol and Tobacco Tax and Trade Bureau, which granted McCulloch the sole right to use the “Mountain Dew” name on distilled spirits.
McCulloch incorporated his distillery in 1900 and renamed it Green River Distilling Company, according to a declaration filed by McCulloch’s great-grandson, Robert McCulloch, to the USPTO.
Although the distillery would close down during Prohibition, Robert McCulloch told ABC News that he began the process in Kentucky of restarting Mountain Dew in 2004, with the intention of partnering with PepsiCo to sell his alcoholic Mountain Dew, but PepsiCo denied the request. A few years later, in 2009, changes in Tennessee’s liquor laws allowed moonshine to be legally produced and sold there.
In 2015, he sold the rights and goodwill of the trademark for Mountain Dew for distilled spirits to Ole Smoky Distillery, LLC, through his own company, McCulloch Pre-Prohibition Brands, LLC, according to the response.
In 2015, Ole Smoky Moonshine filed an application to trademark “Ole Smoky Mountain Dew Moonshine” for distilled spirits.
PepsiCo holds over 20 trademarks for “Mountain Dew” — with different variations of spelling — for non-alcoholic beverages, cooking sauces, clothing and headphones, among other categories.

PepsiCo argues in its filing that its use of the Mountain Dew trademarks have “been continuous and they have not been abandoned,” and because of this, consumers have become accustomed to associating the Mountain Dew name with PepsiCo’s products.
It said that PepsiCo’s Mountain Dew trademarks “have become famous, representing assets of enormous goodwill and of inestimable value to PepsiCo.”
While PepsiCo claims Ole Smoky Distillery will cause confusion among consumers, Baker said it’s actually PepsiCo that caused the confusion in the marketplace first.
PepsiCo has a history of linking its Mountain Dew soda to spirits distilled in the mountains, Baker said. He pointed to PepsiCo selling Mountain Dew in the 1960s in glass bottles labeled with images of the soda brand’s mascot Willy the Hillbilly and his gun. In 1966, the first TV commercial for Mountain Dew featured a Willy the Hillbilly and other people in a mountain region to the backdrop of bluegrass music.
In 2015, PepsiCo also released a non-alcoholic beverage called Mountain DEWshine, a clear, citrus-flavored soda that came in a clear glass bottle or a clear glass jug. In the press release announcing DEWshine, Pepsico touched on the history of Mountain Dew, saying, “The legacy of DEW began in the backwoods of Tennessee where a few rebels created and poured the very first batch of Mountain Dew into glass bottles.”
The DEWshine labels featured Willy the Hillbilly and said “Non-Alcoholic.” When they were marketed on TV, the commercials said that DEWshine was “available legally for the first time.”
Ole Smoky writes in their counterclaim that "the term 'shine' is often used as a shortened version of the word 'moonshine'" and that PepsiCo's use of “available legally for the first time” suggests "that the product is actual moonshine."
“There’s no doubt they’re playing on the idea of moonshine culture. It could be confusing,” Baker said. “It’s a play on the historical elements of spirits.”
In response to Ole Smoky's claims that DEWshine could be confusing to customers, PepsiCo denied in a court argument that DEWshine was “misdescriptive.”
Baker, who said he was surprised by PepsiCo’s filing, hopes that the two companies can resolve their dispute so that they can both sell their Mountain Dew products.
“My goal would be we can peacefully exist with Pepsi since our products are different,” Baker said. “I hope we can call our moonshine mountain dew same way it’s been called mountain dew since as far as I can remember. Hopefully, they can exist in a market that’s not confusing to consumers and can each be celebrated.”
Robert Hall, Ole Smoky’s CEO, said their company “is not going to fall to the big corporation” and cited other rulings in trademark disputes as examples. In 2014, for example, a Vermont artist won a legal battle with fast-food company Chick-fil-A over the use of his phrase, “Eat more kale,” which is similar to the fast food company’s trademarked phrase, “Eat more chicken.”
Copyright © 2019, ABC Radio. All rights reserved.