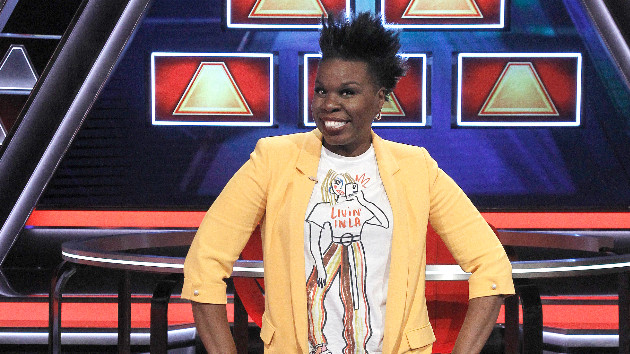 ABC/Lou Rocco(LOS ANGELES) — Leslie Jones is not happy that another Ghostbusters movie is already in the works.

The SNL star tweeted her disgust over the weekend after news broke that Jason Reitman is working on a sequel to the original franchise. Jones co-starred in the 2016 all-female remake of the film, alongside Kate McKinnon, Kristen Wiig and Melissa McCarthy.

She continued, “It’s like something trump would do. (Trump voice) ‘Gonna redo ghostbusteeeeers, better with men, will be huge. Those women ain’t ghostbusteeeeers’ ugh so annoying. Such a d*** move. And I don’t give f*** I’m saying something!!”

After receiving backlash for her comments, Jones tweeted, “It’s very sad that this is response I get.When the point is if they make this new one with all men and it does well which it will. It might feel that ‘boys are better’ it makes my heart drop.”

She added, “Maybe I could have use different words but I’m allowed to have my feelings just like them.”

Last week, Reitman told Entertainment Weekly that his Ghostbusters sequel will follow the events of the 1984 original film, which was directed by his father, Ivan Reitman.

“I have so much respect for what [2016’s Ghostbusters director] Paul [Feig] created with those brilliant actresses, and would love to see more stories from them,” he said. “However, this new movie will follow the trajectory of the original film.”

‘Indiana Jones 5’ bumped to 2023, Marvel movies moving, as Disney shifts schedule
Director Rob Zombie reveals his Lily & Herman for upcoming ‘The Munsters’ film
Billy Porter criticizes ‘Vogue”s Harry Styles cover: “All he has to do is be white and straight”
Watch official trailer for upcoming ‘The Beatles: Get Back’ docuseries, which premieres next month
Zendaya talks potential ‘Dune’ sequel, what she admires about Tom Holland
Watch trailer to ‘Colin in Black & White’; Robin Givens joins HBO Max reboot of ‘Head of the Class’; and more