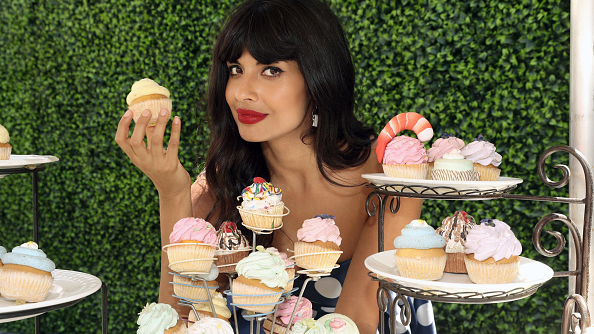 Todd Williamson/NBC via Getty Images(NEW YORK) — It may be a new year, but actress Jameela Jamil is continuing where she left off in 2018, promoting body confidence and shutting down anyone or any organization doing otherwise.
Case in point, Avon released an ad that said "dimples are cute on your face (not on your thighs)," and Jamil pounced.
"And yet EVERYONE has dimples on their thighs, I do, you do, and the CLOWNS at @Avon_UK certainly do. Stop shaming women about age, gravity and cellulite. They’re inevitable, completely normal things. To make us fear them and try to 'fix' them, is to literally set us up for failure," she tweeted.
The internet and Avon heard Jamil's very real, very inspiring message loud and clear — so much so that "The Good Place" star got them to make the change.
Avon posted a lengthy statement on Twitter, apologizing to Jamil and other women for completely missing the mark with the ad's attempt at humor.
"Hi Jameela, we intended this to be light hearted and fun, but we realize we missed the mark. We’ve removed this messaging from all marketing materials. We support our community in loving their bodies and feeling confident in their own skin," the company tweeted.
Avon didn't stop there, they added in another tweet to followers on Sunday, "We hear you and we apologize. We messed up on our Smooth Moves Naked Proof messaging. We want to let you know that we are working diligently to remove this messaging from our marketing materials moving forward. We're on it. We love our community of women."
In addition to her recent comments on body shaming, Jamil also started a viral campaign last year called "I Weigh" in an effort to make people of all shapes, sizes, colors and more "feel valuable and see how amazing we are."
Most of the posts on the "i_weigh" Instagram page are full of smiling faces and passions that the women involved are more than happy to share and spread.
In an interview with Marie Claire, Jamil said the response from the community has made her so grateful that it has even brought her to tears.
"I’ve actually cried several times from the things women have written to me!" she told the magazine. "It’s something I’ve wanted to do for so long, but couldn’t work out how to do it. I’ve been talking about body positivity for ten years now."
Jamil also recently spoke to "GMA," saying that she wants women to be real and that airbrushing in any form is wrong.
"Photoshopping and changing the size of your nose is literally a lie," she said, especially as it pertains to celebs and fellow women selling products to other women.
But don't get her wrong, she thinks a little makeup is OK — she just wants women to love themselves for who they are.
"I don't have a problem with a little bit of makeup. David Bowie wore makeup, Bruno Mars definitely wears some makeup and they're not reduced to nothing more than just that," she said.