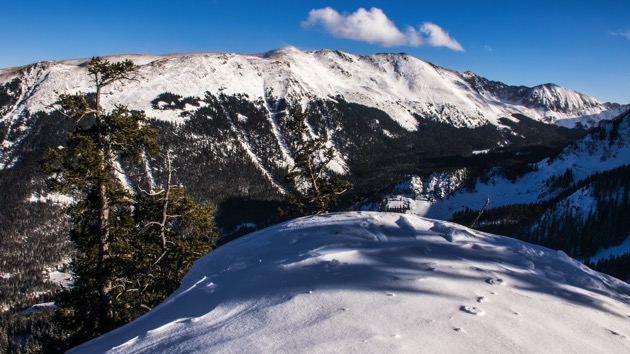 RoschetzkyIstockPhoto/iStock(TAOS, N.M.) — The death of a second skier who was trapped under snow after an avalanche at the Taos Ski Valley in New Mexico last week has been confirmed by his family.
Corey Borg "loved the mountains, no matter what season," his grandmother, Deb Bowers Borg, wrote on Facebook Sunday.
"The mountain took his life unexpected with an avalanche while skiing in New Mexico," Bowers Borg wrote in her tribute to her grandson. "I am so proud of this young man and the impact that he has left on so many lives."
The other skier's death was announced by a ski resort official on Friday morning. His name has not been released.

We are deeply saddened by yesterday’s events. Our hearts are with the individuals, their family and friends, as well as the larger community that has been affected, including other visitors and our dedicated staff.

Both men were trapped for 22 minutes after the avalanche sent snow pummeling down a mountain around 11:45 a.m. local time on Thursday, Chris Stagg, vice president of Taos Ski Valley, Inc., told ABC News.
Rescuers dug the skiers out and transported them to the University of New Mexico Hospital in Albuquerque, Stagg said.
After the avalanche, rescuers searched for other people possibly buried under the snow, ABC Albuquerque affiliate KOAT reported.
The snow was so deep in some areas that probes that were used to locate people couldn't reach the bottom, Stagg said.

At 11:30AM today, an inbounds avalanche occurred on the K3 shoot off of Kachina Peak. Taos Ski Valley Ski Patrol immediately responded to the scene.
The trigger of the avalanche is unknown at this time but a full investigation of the incident and its cause will be conducted.

It is unclear what triggered the avalanche, which occurred on the K3 shoot off Kachina Peak, the ski resort wrote on Twitter.
The lift for Kachina Peak just opened on Wednesday, according to The Taos News. The lift rises to about 1,100 feet to take expert skiers and snowboarders to the top of the mountain, the newspaper reported.
Copyright © 2019, ABC Radio. All rights reserved.