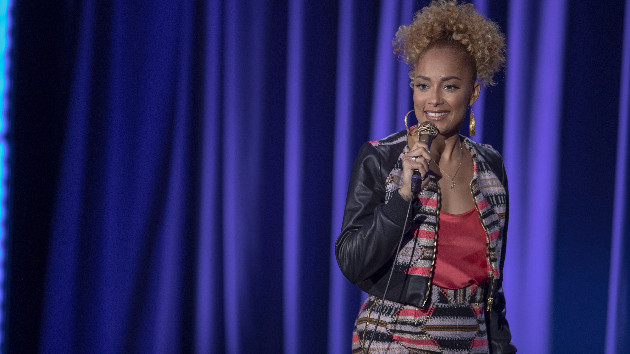 Craig Blankenhorn/HBO(NEW YORK) — As Amanda Seales gears up for the premiere of her first comedy special on HBO, the Insecure star is also weighing in on the significance of Martin Luther King Jr. Day and what people often get wrong about the legendary civil right leader.

Seales, who has a Masters degree in African-American Studies from Columbia University, says King's legacy and accomplishments shouldn't be all about his "passivity."

"I think there's — especially amongst white folks in this country who don't really know their research– they think of MLK as a 'safe negro,'" Seales tells ABC Radio.

"…They look at him as like this standard of passivity that all black people should be aspiring to," she adds. "And what they fail to understand is that that's incorrect. I mean, even Malcolm X eventually was like, 'Ohhh. Okay…You're doing something different!'"

According Seales, King's approach to civil rights was one of many ways the larger revolution was accomplished.

"There is a multi-pronged approach that happens to revolutions," Seales explains. "Not everybody comes out guns blazing. Not everybody has that as their tactic. And you need to have different folks coming at things from different angles."

She continues, "So, for all intents and purposes, Martin Luther King was one of the angles that was necessary to have an actual revolution in this country."

Notes Seales, "The civil rights movement is a nice way of saying, 'We had a revolution where people had to literally put their lives on the line for basic rights that were afforded to their human counterparts.'"