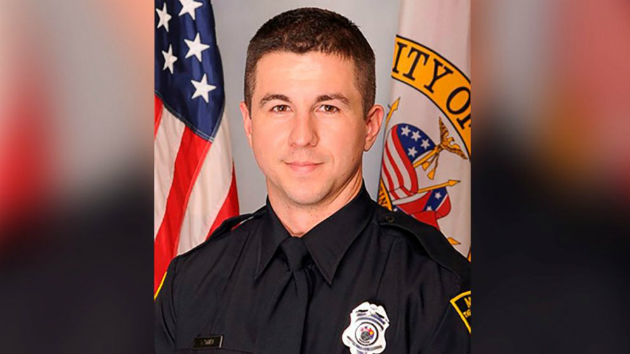 Mobile Police Department(MOBILE, Ala.) — A police officer was shot dead Sunday in Mobile, Alabama, authorities said.
Officer Sean Tuder of the Mobile Police Department was killed in the line of duty while executing an arrest warrant late Sunday afternoon, according to Alabama Attorney General Steve Marshall.
The suspect, Marco Perez, 19, was taken into custody Sunday after the shooting. He faces a capital murder charge for the officer's death, according to the Mobile District Attorney's Office.
A Mobile County district court judge on Monday denied Perez bond and set his arraignment for Jan. 29. He is being held at Mobile Metro Jail, the district attorney's office said.
A representative for the Mobile Police Department did not immediately respond to ABC News' request for comment Monday.
Mobile County District Attorney Ashley Rich described Tuder as one of the city's "finest officers."
"This tragedy is a stark reminder of the dangers that the brave men and women of law enforcement face every day," Rich said in a statement via Twitter Sunday.
Before Tuder, at least seven law enforcement officers were killed across the country in the first two weeks of the year.
Copyright © 2019, ABC Radio. All rights reserved.