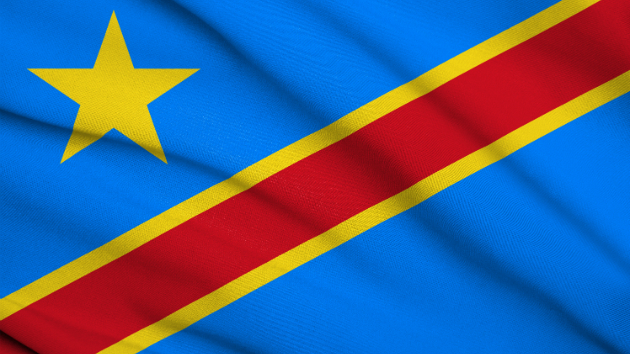 akesak/iStock(LONDON) — African leaders have congratulated opposition leader Felix Tshisekedi for winning the Democratic Republic of the Congo's presidential election last month, after the country's top court on Sunday declared him the winner amid claims of electoral fraud.
The Constitutional Court of the Democratic Republic of the Congo confirmed Tshisekedi's victory in a statement released before dawn Sunday, rejecting a challenge from runner-up Martin Fayulu, an opposition candidate who declared himself the country's "sole legitimate president-elect" and called for peaceful demonstrations against a "constitutional coup d'etat."
Fayulu had demanded a recount after the Independent National Electoral Commission of the Democratic Republic of the Congo announced earlier this month that Tshisekedi won the Dec. 30 election by a slim margin — more than seven million votes, or about 38 percent — while Fayulu received approximately 34 percent. Fayulu claims to have won by more than 60 percent, accusing Tshisekedi of making a deal with outgoing President Joseph Kabila to manipulate the result — an allegation both deny.
In the wake of the court ruling, the African Union said in a statement that it has postponed a visit from a high-level delegation to the country's capital, Kinshasa, planned for Monday to discuss the "post-electoral crisis." The continental body previously requested the Congolese government to refrain from announcing the final result, citing "serious doubts."
A number of African heads of state sent their congratulations to Tshisekedi on Sunday following the court's decision.
"Your victory is a portrayal of the confidence of the people of the Democratic Republic of the Congo in your ideals, leadership and vision for the future," Kenyan President Uhuru Kenyatta said via Twitter. "I look forward to working closely with you to strengthen and deepen the long-standing cordial relations between our two countries and peoples."
"President Ramaphosa has called on all parties and all stakeholders in the DRC to respect the decision of the Constitutional Court and commit to continue with a journey of consolidating peace, uniting the people of Congo and creating a better life for all," South African President Cyril Ramaphosa spokesperson said in a statement.
"I beseech you to maintain peace," Tanzanian President John Magufuli said via Twitter.
The Southern African Development Community, the influential regional bloc of southern Africa, also congratulated Tshisekedi and said it "looks forward to a peaceful transfer of power."
"SADC calls upon all Congolese to accept the outcome, and consolidate democracy and maintain a peaceful and stable environment following the landmark elections," the group said in a statement Sunday. "Furthermore, SADC calls upon all stakeholders to support the President-elect and his Government in maintaining unity, peace and stability; and attaining socio-economic development in the DRC."
Tshisekedi, son of late Congolese opposition icon Etienne Tshisekedi, is expected to be inaugurated on Tuesday, assuming power over a vast, mineral-rich nation embroiled in conflict and currently battling the world's second-largest, second-deadliest Ebola outbreak in history.
If Fayulu concedes, the Democratic Republic of Congo will experience its first peaceful, democratic transfer of power since its independence from Belgium in 1960. Congolese military dictator Mobutu Sese Seko seized power in 1965. Rebel leader Laurent Kabila overthrew him in 1997 but was assassinated by a bodyguard in 2001. His son succeeded him and has ruled the nation with an iron first ever since.
The Democratic Republic of the Congo's constitution bars Joseph Kabila from seeking a third consecutive presidential term, but he is eligible to run again in 2023.
Copyright © 2019, ABC Radio. All rights reserved.