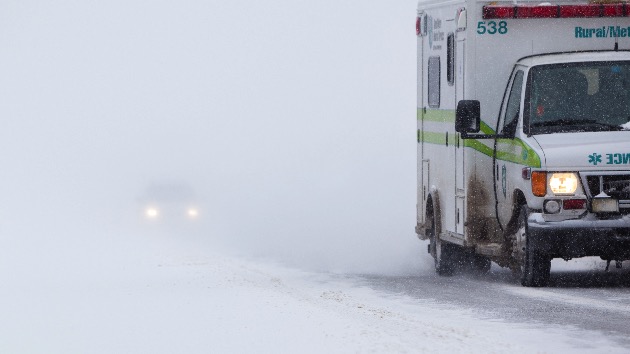 Alex Potemkin/iStock(KIDRON, Ohio) — Two people aboard a DC-3 plane were killed when it crashed in Ohio Monday morning, according to the Ohio State Highway Patrol.
The plane had clipped power lines shortly after takeoff in Kidron, Ohio, about 60 miles south of Cleveland, said a spokesperson from the Federal Aviation Administration.
"I’ve never felt a force inside the house that strong where it shook the house," said Michael Morrison, who owns the property where the plane crashed.
"It’s very scary," he told ABC Cleveland affiliate WEWS-TV. "The cracking sounded like wood splintering … then you heard the crash of it hitting the ground."
"I called 911, I grabbed as many blankets as I could, I tried to come out and I tried to give a hand to people assisting from the airport," Morrison told WEWS-TV. "By then they seemed to have it pretty much in control."
A spokeswoman for the Federal Aviation Administration initially said six people were aboard the plane and that four other passengers were injured; the agency has since deferred to the state's highway patrol, which says that only two people were in the plane.
The cause of the crash was not clear yet.
The first DC-3 plane flew in 1935, said ABC News aviation consultant Col. Steve Ganyard.
"It was a great airplane and there are thousands still flying in remote parts of the world but it is an antique," Ganyard said.