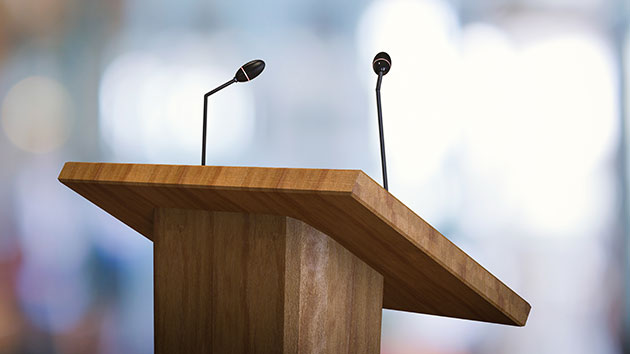 iStock(WASHINGTON) — As the nation is set to honor civil rights icon Dr. Martin Luther King Jr. on Monday, a host of Democrats thought to be eyeing a presidential bid in 2020 will be delivering high-profile speeches across the country on what is shaping up to be a precursor to a long and crowded campaign to unseat President Donald Trump.
At least six major contenders for the Democratic nomination will be giving speeches or attending events honoring King, a major opportunity for them to speak to an issue that promises to be front and center during the 2020 campaign: race.
Former Vice President Joe Biden, who has not publicly announced whether he will seek the White House in 2020, and former New York City Mayor Michael Bloomberg are both set to speak at the National Action Network's annual King breakfast Monday morning in Washington, D.C., alongside the group's leader, Rev. Al Sharpton, and King's eldest son, Martin Luther King III.
Sharpton tweeted about the event Sunday morning.
New York Sen. Kirsten Gillibrand, who last week announced the formation of a presidential exploratory committee and is fresh off of her first campaign swing through the state of Iowa, will join Sharpton later Monday at a National Action Network event in Harlem.
Sens. Bernie Sanders, I-Vermont, and Sen. Cory Booker, D-New Jersey, are both slated to speak at the NAACP "King Day at the Dome" event in Columbia, South Carolina, according to organizers of the event.
Sanders, who was Hillary Clinton's top rival for the Democratic presidential nomination in 2016, won just 26 percent of the vote in South Carolina in the 2016 Democratic primary, a harbinger of his later struggles with black voters, who propelled Clinton to victory in every single southern state.
Like Biden, Sanders has not made a decision on whether he will mount another presidential bid in 2020, but he has been hampered recently by reports of widespread sexual harassment against women who worked on his 2016 campaign.
Massachusetts Sen. Elizabeth Warren, who has also announced a presidential exploratory committee and has made campaign trips to Iowa and New Hampshire in recent weeks, is speaking at a breakfast in Boston honoring King.
Many Democrats are hoping that the types of conversations about race in speeches on Monday will extend beyond the MLK holiday and that candidates will have honest conversations about issues facing communities of color all across America.
Both Warren and Gillibrand sought to highlight the economic plight of those communities in sleekly produced videos announcing their exploratory committees.
"It is outrageous to ask women of color to bear the burdens of every single one of these fights over and over again," Gillibrand said in a clip featured in her announcement video.
"Working families today face a lot tougher path than my family did," Warren said in her announcement video. "And families of color face a path that is steeper and rockier, and a path made even harder by generations of discrimination."
Former San Antonio Mayor and Secretary of Housing and Urban Development Julián Castro made an explicit reference to the Black Lives Matter movement during his presidential announcement earlier this month.
"If police in Charleston can arrest Dylann Roof after he murdered nine people worshipping at Bible study without hurting him, then don’t tell me that Michael Brown, and Tamir Rice, and Aiyana Jones, and Eric Garner, and Jason Pero, and Stephon Clark, and Sandra Bland shouldn’t still be alive today, too," Castro said during his announcement speech in San Antonio, referring to African-Americans who were killed in encounters with police. "We’re going to keep saying their names and those of too many others just like them who were victims of state violence. We’re going to keep saying that Black Lives Matter while working toward a justice system where it’s true."
The Democratic field in 2020, which could be as large as 20 candidates, including potentially eight U.S. senators, is shaping up to be one of the most diverse in U.S. history.
Of the six major candidates who have formally announced presidential bids or exploratory committees, one — Castro — is Latino. Another, Hawaii Rep. Tulsi Gabbard, is Asian, and four of the candidates are women.
Other candidates of color who have been rumored to have 2020 aspirations include Booker, California Sen. Kamala Harris, former Attorney General Eric Holder and Los Angeles Mayor Eric Garcetti.
Copyright © 2019, ABC Radio. All rights reserved.