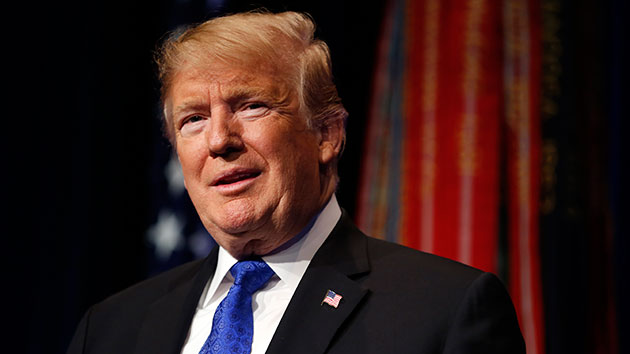 Martin H. Simon/Pool/Getty Images(WASHINGTON) — President Trump announced on Saturday morning he will be leaving for Dover Air Force Base to meet with the families of the four Americans killed in Syria this week.
The attack on Wednesday in Manbij was the deadliest attack on U.S. military since troops went into Syria.
ISIS claimed responsibility for the attack.
The incident comes just one month after President Trump declared he plans to withdraw U.S. troops from Syria.
On Thursday at the Pentagon, the president expressed condolences for the families of the four Americans.
"I want to take a moment to express my deepest condolences to the families of the brave American heroes who laid down their lives yesterday in selfless service to our nation," Trump said.
"We never forget their noble and immortal sacrifice," he added.
The president's trip to Dover was not on the official White House schedule.
The Saturday morning tweet comes as the president is mired in a monthlong stalemate over funding for his proposed wall along the U.S.-Mexico border. More than 800,000 federal workers are on furlough or working without pay as part of a partial government shutdown.
Copyright © 2019, ABC Radio. All rights reserved.