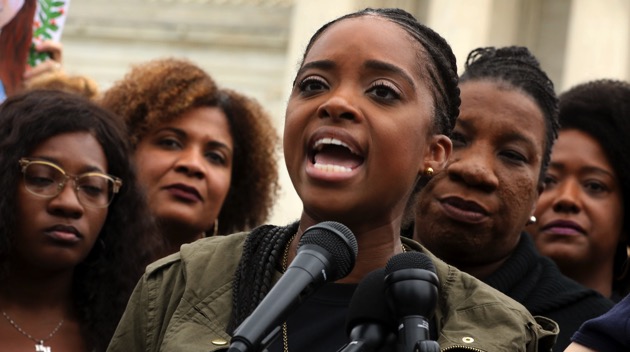 Chip Somodevilla/Getty Images(NEW YORK) — A national board member with the Women's March defended the organization's co-president amid a growing controversy over the latter's relationship with Louis Farrakhan, the Nation of Islam leader who has drawn criticism for his alleged anti-Semitic remarks. Linda Sarsour, a Women’s March national board member, said that she believes in co-president Tamika Mallory’s leadership, calling her a “woman who stands up for all people.”
Sarsour made the comments during an interview with on ABC News’ "The Debrief." Mallory defended her relationship with Farrakhan on “The View” earlier this week.
Sarsour said that tension leading up to the third annual march in Washington, D.C., and hundreds of other cities across the country isn’t totally surprising because bringing together women of different backgrounds can be “messy.”
“We understand that there will be schisms, there’s going to be hard conversations that need to be had,” she said. “So we will work through this as a women’s movement because we are focused on what the real threat to this country is, and it is this administration and white supremacy.”

Watch the video below for the full segment.