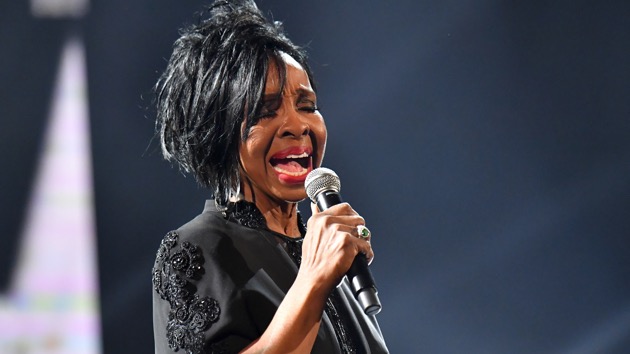 Jeff Kravitz/AMA2018/FilmMagic For dcp(NEW YORK) — After weeks of rumors and silence, a couple of this year's Super Bowl performers are speaking out about their roles in the game and the controversy surrounding both the national anthem and the halftime show.
Maroon 5 has been criticized for accepting the halftime gig in the wake of the NFL's treatment of Colin Kaepernick, who took a knee during the anthem in 2016 to protest social injustice. Since then, the former 49ers QB became a free agent and hasn't been picked up by any NFL team, which many feel is unfair targeting of him because of his political stance, not his performance.
As a result, Maroon 5 reportedly had a hard time finding guests to join them for the event. After finally signing on, Travis Scott and Big Boi received the same criticism for agreeing to perform at the game.
Meanwhile, it was announced Thursday that Gladys Knight would sing "The Star-Spangled Banner" at the big game. She spoke to Variety and said it's unfortunate that the anthem and Kaepernick's protest have become conflated.
"I understand that Mr. Kaepernick is protesting two things, and they are police violence and injustice," Knight wrote in her statement to Variety. "It is unfortunate that our National Anthem has been dragged into this debate when the distinctive senses of the National Anthem and fighting for justice should each stand alone."
Knight goes on to say, "I am here today and on Sunday, Feb. 3 to give the Anthem back its voice, to stand for that historic choice of words, the way it unites us when we hear it and to free it from the same prejudices and struggles I have fought long and hard for all my life … I have been in the forefront of this battle longer than most of those voicing their opinions to win the right to sing our country’s Anthem on a stage as large as the Super Bowl LIII."
She closed with the hopes that the anthem can unite, not divide next month.
"I pray that this National Anthem will bring us all together in a way never before witnessed and we can move forward and untangle these truths which mean so much to all of us,” she said.

“I am proud to use my voice to unite and represent our country in my hometown of Atlanta,” Knight said https://t.co/kfYnJOIVxl