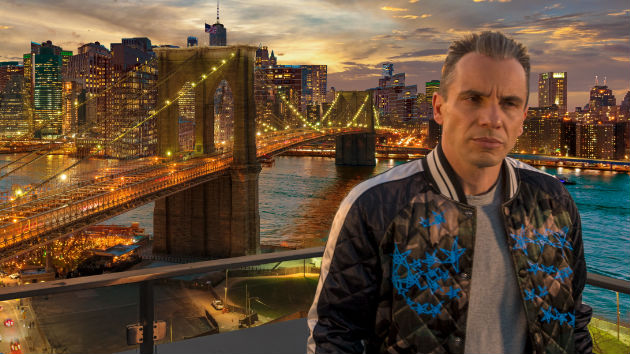 Netflix(NEW YORK) — This weekend, comedian Sebastian Maniscalco reaches the career apex that only a handful of stand-up comics ever have: playing New York's Madison Square Garden.

The comedian takes his Stay Hungry tour to one of the most famous venues in the world Saturday and Sunday night.

"[T]hat was never in the plan for me," he tells ABC Radio. "For me it was just always, I wanted to do stand-up comedy for a living, and that's it…So I didn't have it on my vision board or anything like that: 'Madison Square Garden: 2019.'"

He continues, "Now that I'm doing it, it's all kinda hitting me…this week…there's a lot of emotions: excitement, anxiety." He adds, "Once I get on stage I'll be fine. It's just the buildup."

Maniscalco, who also just released a Netflix stand-up special called Stay Hungry, says of the feat, "I think the fans feel like they're really part of this, because…they were there when I was doing Gotham Comedy Club on a Wednesday night in front of 53 people."

Maniscalco can also be seen in theaters, in the Golden Globe-winning drama Green Book. He says the role of a member of a big Italian family, "wasn't a huge stretch" for him.

"For me it was just an extension of myself. It's not like I turned into a Rain Man or anything," he quips. "But [it was] a great opportunity for me. I loved working with everyone there. I learned a lot. I'm not a movie actor by any means — I don't have a lot of experience, so when I do these things. there's always a lot of learning involved, so I kind of soak it up like a sponge."

Expect to see more of him on the big screen. He's working with Goodfellas alums Martin Scorsese, Robert De Niro, and Joe Pesci in the upcoming crime drama The Irishman.