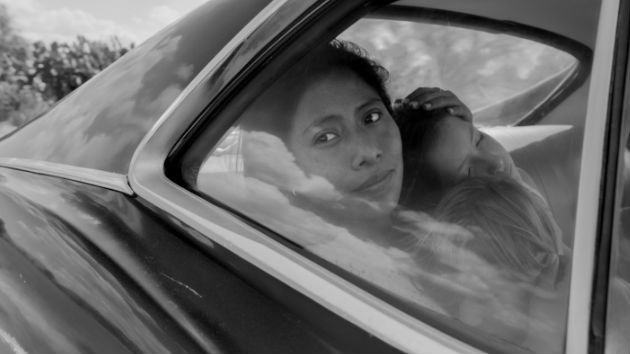 Image from "Roma"; Alfonso Cuarón/Netflix(LAS VEGAS) — With the Oscar nominations just around the corner, the oddsmakers at SportsBettingDime.com have weighed in with the odds for six of the most popular categories.

The early favorites in the six major categories include:

Best Actor — Rami Malek for Bohemian Rhapsody at 9/10 and Christian Bale for Vice at 2/1.

Best Actress — Glenn Close for The Wife at 2/1, Olivia Colman for The Favourite at 5/2, and Lady Gaga with a 7/2 chance for A Star Is Born.

The Best Director Oscar race is between Alfonso Cuarón for Roma at 1/5 and Bradley Cooper, a 15-1 shot for A Star Is Born.

Best Supporting Actress — Regina King for If Beale Street Could Talk comes in at 9/5 and Amy Adams for Vice has a two-in-seven chance.

Best Supporting Actor — Mahershala Ali for Green Book at 1/2 and Richard E. Grant for Can You Ever Forgive Me at 5/1.

Oddsmakers are also laying 1/7 odds that the Academy forgoes hiring a single host, but if one is chosen, past host Billy Crystal has a 55/1 chance of getting the call.

Last year, five of the six favorites selected by the oddmakers at SportsBettingDime before the nominees were announced were the eventual winners. The only one they blew was Best Picture, offering 2/1 odds for Three Billboards Outside Ebbing Missouri and a 3/1 chance for the eventual winner, The Shape of Water.

The Academy Award nominations will be announced Monday. The 91st annual Academy Awards will be carried live on ABC from Hollywood’s Dolby Theatre on February 24.