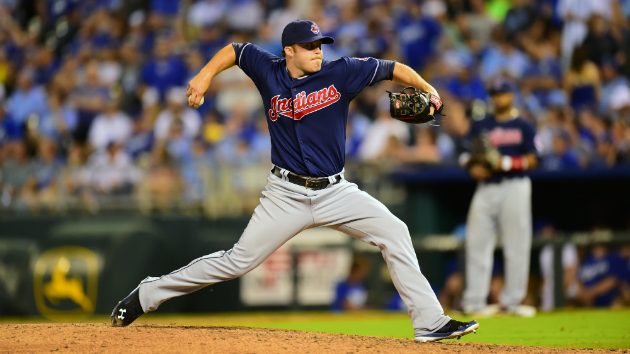 Phil Ellsworth / ESPN Images(LOS ANGELES) — The Los Angeles Angels have reportedly reached a deal with reliever Cody Allen to be their closer next season.
Citing league sources, ESPN reports the Angels and the right-handed free agent have agreed on a one-year contract, which is pending a physical.
Allen, 30, has been with the Cleveland Indians since he began his MLB career in 2012. While he had a subpar season last year (4.70 ERA with 27 saves), he has racked a 2.98 ERA and 149 saves during his time in the majors.
At the end of the 2018 season, Allen elected to become a free agent.
Copyright © 2019, ABC Radio. All rights reserved.