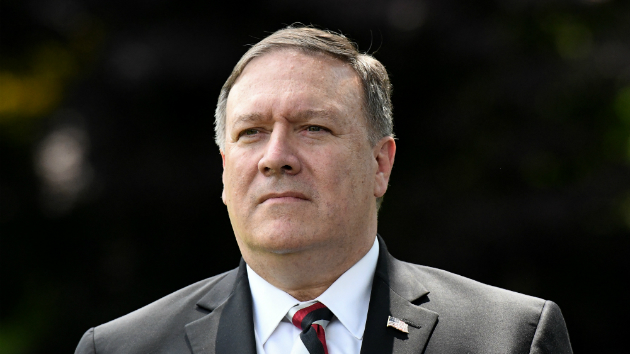 Olivier Douliery-Pool/Getty Images(WASHINGTON) — Secretary of State Mike Pompeo met with North Korea's chief nuclear negotiator in Washington on Friday as the administration pushes ahead with plans for a second summit between Trump and Kim Jong Un.
The two men did not make any statements or answer reporters' questions.
The meeting comes amid a stalemate in nuclear talks, with North Korea demanding the U.S. first ease sanctions and the U.S. saying there will be no relief until North Korea takes steps to dismantle its nuclear weapons program.
Kim Yong Chol, a top aide to Kim Jong Un and the regime's former spy chief, arrived in Washington late Thursday night, staying at a hotel just blocks north of the White House.
Pompeo and Kim Yong Chol have met several times before, including in New York last May just before Trump and Kim Jong Un met in Singapore. In that meeting, Pompeo and his counterpart hashed out
Friday's meeting in Washington was key to taking the North Koreans' temperature ahead of a second summit and see if such a meeting would be productive, a U.S. official told ABC News.
Copyright © 2019, ABC Radio. All rights reserved.