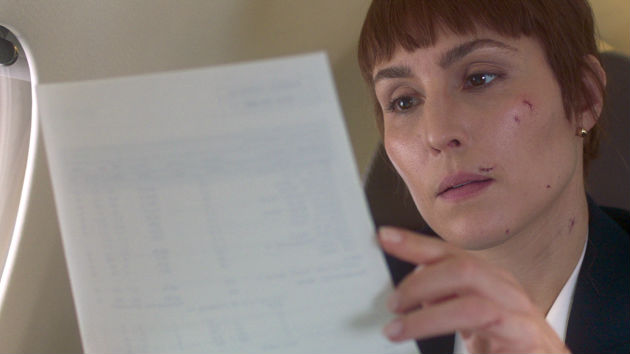 Netflix(NEW YORK) — Actress Noomi Rapace is no stranger to playing strong women: She played super-tough hacker Lisbeth Salander in three films based on Stieg Larsson's Girl with the Dragon Tattoo series. But she admits even she wasn't prepared for what she'd have to do to prepare for her latest role.

Rapace plays a bodyguard in Netflix's new thriller Close, inspired by the life of real-life security expert Jacquie Davis. Davis' clients list includes Nicole Kidman, JK Rowling and members of the Royal Family, while her company, The Circuit, has a reputation as being some of the best in the protection game.

In Close, Rapace plays a bodyguard trying to keep a young heiress alive against all odds, and she tells ABC Radio she was really put through her paces before the cameras rolled.

"There was weapon training. And then how to protect a [client], how to walk, how to position yourself," she explains. "How to enter a room, how to always be aware of exits — like who enters, who leaves. Like, it's so many different components, and they're so secretive: It's hidden, it's mysterious. I felt like I was entering some weird James Bond world, you know?"

Rapace says other actresses should follow her lead and play tough women, as a kind of protest against Hollywood's obsession with looks over substance.

"It's up to women…to stand up, and say, 'This is what I want to do,'" Rapace says. "To kind of fight against the cute, and the sexy, dull parts that we get — like in real life and in this industry."

She adds, "I think vanity, and this whole idea that we need to be attractive and pretty and nice all the time…that time is over. It's time to fight for what we really want."