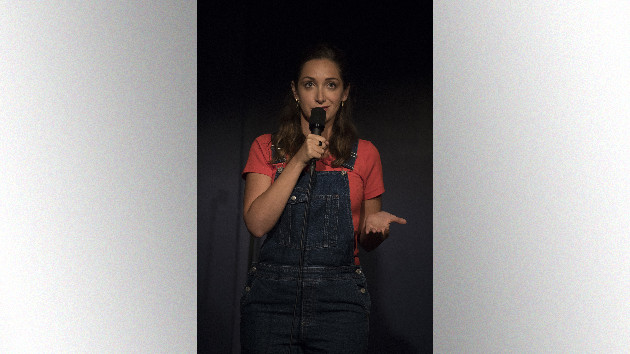 Craig Blankenhorn/HBO(NEW YORK) — HBO’s Crashing, inspired by the life of comedian Pete Holmes, is back for more stand-up this weekend…and maybe a little social commentary on the side.

The third season of the series, which premieres on Sunday, promises to not only document Holmes and his peers’ ongoing struggle to become comedy stars, but to also address the state of comedy in a post-#MeToo world.

That’s something writer and co-star Jamie Lee is all for exploring. This season, her character Ali Reissen will inject a little female empowerment into her stand-up.

“The stand-up that Ali does on the show this season, she’s definitely sort of taking a stance and leaning in more to social commentary and cultural relevance and the discussions that are being had online every single day about being a woman and being empowered,” Lee tells ABC Radio.

In an upcoming episode, which Lee calls one of her favorites of the season, Ali realizes not everyone is ready to change with the times when she confronts a male comic about his tone-deaf misogynist act.

“The episode is like…'The reason you're not getting opportunities is because your stand-up is not relevant and you're not listening to the conversations being had and, you know, you're essentially just out of touch and you're threatened,'” Lee explains.

Tune in for the laughs and life lessons when Crashing season three debuts this Sunday at 10 p.m. ET on HBO.