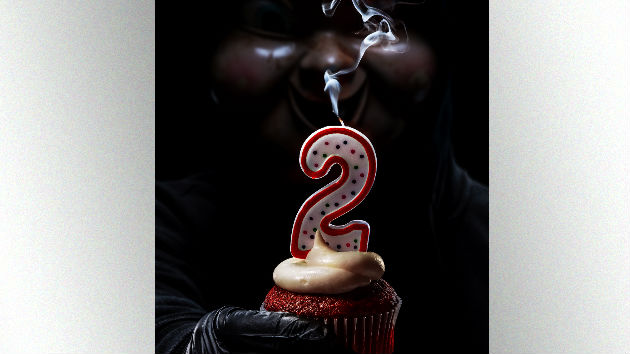 Universal Pictures(LOS ANGELES) — Universal Pictures has changed the release date for its upcoming slasher movie Happy Death Day 2U from February 14th to the 13th to so it won't coincide with the first anniversary of the shooting at Marjory Stoneman Douglas High School in Parkland, Florida, according to Miami ABC affiliate WPLG TV.

The move was in response to an appeal on Twitter from Fred Guttenberg, whose daughter, Jaime, was killed in the massacre.

“My daughter and 16 others were killed on February 14th,” Guttenberg tweeted Tuesday. “Universal Studios is releasing a movie called Happy Death Day 2 U? I get the pun on Valentines Day, for me it will always be the day my daughter was murdered. Please reconsider this!!!!”

It didn't take long for Guttenberg to get results. "Very happy to announce that I just got off the phone with executives at Universal Studios," he tweeted the following day. "They will be moving the release date of the movie off of February 14th and they will also be taking steps to address the local needs of the Parkland community. This was a great outcome," Guttenberg wrote.

In addition to moving the release date, Universal said it would not show the movie or promote the film in the Parkland area.