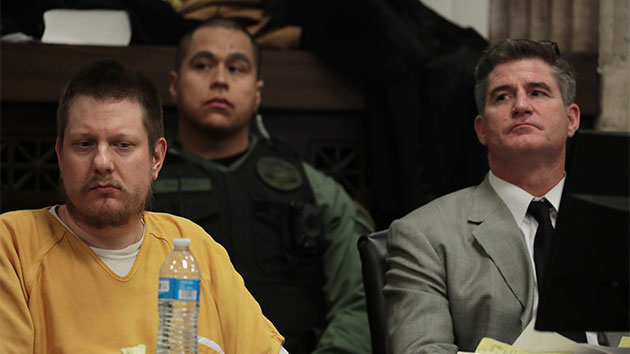 Van Dyke, who is white, shot McDonald, who was 17-years-old, 16 times on Oct. 20, 2014. Video released during the investigation showed McDonald was armed with a knife but the teen didn't appear to be moving toward the police officers who responded.

Friday's sentencing in a Chicago courtroom began early Friday morning and lasted well into the evening before the judge handed down the sentence.

Prosecutors had sought a “significant amount of time" — 18-20 years — while Van Dyke's attorneys had asked for probation.

"I don't have my husband, my children don't have their father," she said. "My heart is broken."

"I am a victim of murder in the second degree," the statement read, according to the Tribune. "I am unable to speak with my own voice."

In October, Van Dyke was found guilty of second-degree murder and 16 counts of aggravated battery. He was found not guilty of official misconduct.

For second-degree murder, Van Dyke's sentence could have stretched from probation up to 20 years. For aggravated battery with a firearm, he could have faced six to 30 years per charge.

Three Chicago police officers on Thursday were found not guilty of falsifying details to cover up the shooting.